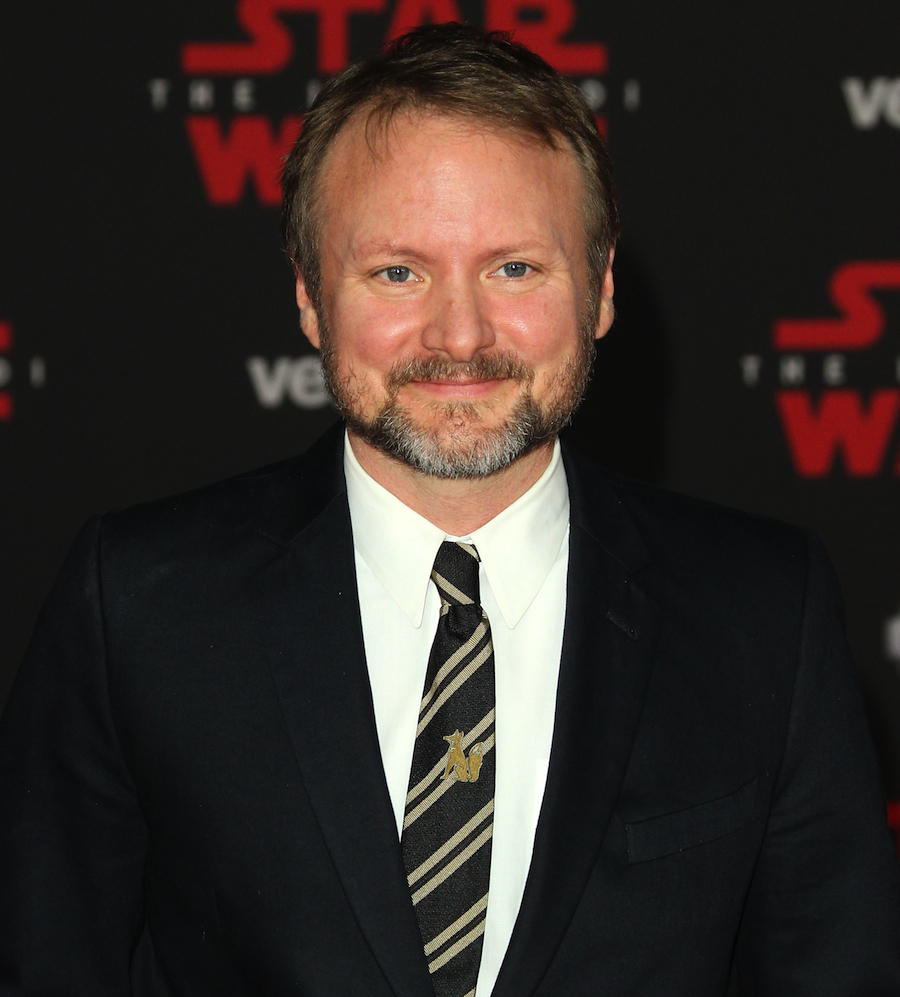 Wow! What a year it’s been already! I’ve spent much of it like my pasty ancestors intended -- drinking a lot in a small, confined, dark space while it’s really cold outside. But just because I ain’t doing jack doesn’t mean the good folks of Hollywood aren’t already busy at work to make 2018 two-thousand GREAT-teen!

To say that director Rian Johnson is now the most polarizing filmmaker at the moment is an understatement. While Star Wars: The Last Jedi was a financial success, fans across the internet aired their general Grevious grievances. While this movie does have its flaws and plot contradictions, I’ve seen it twice, so that’s where I’m at in life. Personally, I found it to be too jokey the first time around, but the second time it didn’t totally feel that way, which is weird. But the fact remains that Johnson got the green light to make his own Star Wars trilogy which we’ve stated before we know next to nothing about, and that was before The Last Jedi was seen by anyone not affiliated with the project. Now we know one thing: it’s going to start shooting in Scotland this summer.

Even for a studio cranking out these Star Wars films every year, starting production later this year still seems surprisingly soon. It’s been a month or so since the public has even been told about it, and even then Johnson stated himself at an event in Mexico around the time of the announcement, “I’m just in the very beginning of starting to come up with what the new trilogy is going to be. But I can tell you this, what makes me so excited about it, is the idea of doing a new story on the big canvas of three movies in this world. There’s just so much potential and I can’t wait to jump into it.”

Whether he’s got an idea or not, Johnson needs to start the first one off with a bang. He’ll have his skeptics already hitting the comment sections across the internet putting him down, so I guess we’ll see what happens in a few years? At this time there is no release date for the untitled part one of Johnson’s trilogy.

This winter, Netflix stepped up their moviemaking game by locking in another bonafide movie star in Will Smith for their urban fantasy film Bright. While the critics have spoken and almost universally hated Bright, the film seemed to do well with subscribers in numbers (Chance the Rapper had some choice words for the movie) and has warranted a sequel. In case you don’t know, Bright is a cop drama fused with fantasy and social commentary as it follows Smith and his assigned partner, the first ever Orc cop. Orcs have faced racism in this universe (more like specism, since those darn dirty things aren’t good enough to be people) so one becoming a cop has been quite a scandal.

While we do not know when Bright 2 will come out, we know that Smith is back along with David Ayer (the infamous Suicide Squad director) but writer Max Landis is out. Instead, Ayer will write the script, which could mean the sequel could only get better or worse. Ayer has had some hits with writing and directing End of Watch and Fury, as well as writing and producing Training Day, but his stint of writing and directing Suicide Squad has not been too kind to him these days. We'll see if he can get back to his good roots with the pen or not.

I’ve been hearing whispers of this one for a few years now. The popular Steven Spielberg-produced '90s cartoon show about three siblings from an undetermined species who live in the Warner Bros. water tower and specialize in insanity are coming back. While you can expect to see the siblings Jacko, Wakko, and Dot, you can also expect to see fan favorites like Pinky and the Brain, who got their start as a smaller segment on the show.

“Animaniacs” is expected to hit Hulu sometime in 2020 with Spielberg’s company Amblin Television once again backing the show. Let’s just hope they keep the theme song:

While HBO and everyone else under the sun loved the first season of “True Detective”, HBO felt they had to capitalize and crank out Season 2 right away, and… well, yeah. Considering the first season took writer Nic Pizzolatto four years or more to write, Season 2 was baked in the oven at 600 degrees to speed things up and was a hot mess for most. With what seems like the passing of more time and hopefully more room for creativity, Season 3 is under way and casting has already begun, which will include Stephen Dorff (“Star”, Wheeler, and too many other movies and shows), Mahershala Ali (Moonlight… but come on, you know this dude), and Carmen Ejogo (“The Girlfriend Experience”).

While we have no character info for any of the actors, we do know the show will take place in the Ozarks with a mystery that spans over decades, thus playing out in three seprate time periods. This means that the above people I just listed may be main billed together but never actually share a scene together. That’d be pretty wild!

No release date has been announced at this time.

Slender Man– This one is going to get a special treatment. While I’m not a Creepypasta reader, I’ve become very interested in the internet boogeyman and his devoted following after hearing about the now-notorious attempted murder, which was, of course, the subject of the HBO documentary Beware the Slender Man. How will this movie turn out? I have no clue. I honestly don’t know what to make of the trailer other than saying, “Yes. Those are creepy images.”

What makes this case special is that a movie being made was announced sometime ago and then… nothing. Literally, there was next to nothing you could find on the internet about this movie. Was it scraped? Was it going to take longer than expected to make? Nobody knew! Then this trailer dropped and they throw out a release date of May 18! What the fricking frick, Sony?! Either way, this’ll be one to check out. It’s not the first movie ever to be made surrounding a meme or internet sensation but it’s the first horror movie of its kind, which plays into our zeitgeist nicely after the successful horror movie year of 2017. Let’s just hope it turns out good.

“A Series of Unfortunate Events” Season 2 – A teaser trailer finally dropped for “A Series of Unfortunate Events”. Sure, Netflix does this a lot, putting out follow-up seasons to shows over a year after the initial premiere, but after the insanity of nearly everyone dying in the first season, I wanted to see more already. Luckily Season 2 is coming out on March 30 so it’s still back earlier than most of their other shows we’re waiting on:

The Strangers: Prey at Night – Ironically the first is streaming on HBO Go right now:

“One Day At a Time” – Another '80s sitcom getting a revival from Netflix, though this one appears to be an updated remake as opposed to a follow-up to the original:

“The End of the F**cking World” – Last Netflix trailer and also last trailer for this week. This show looks bonkers but also looks like the love story we all need right now: