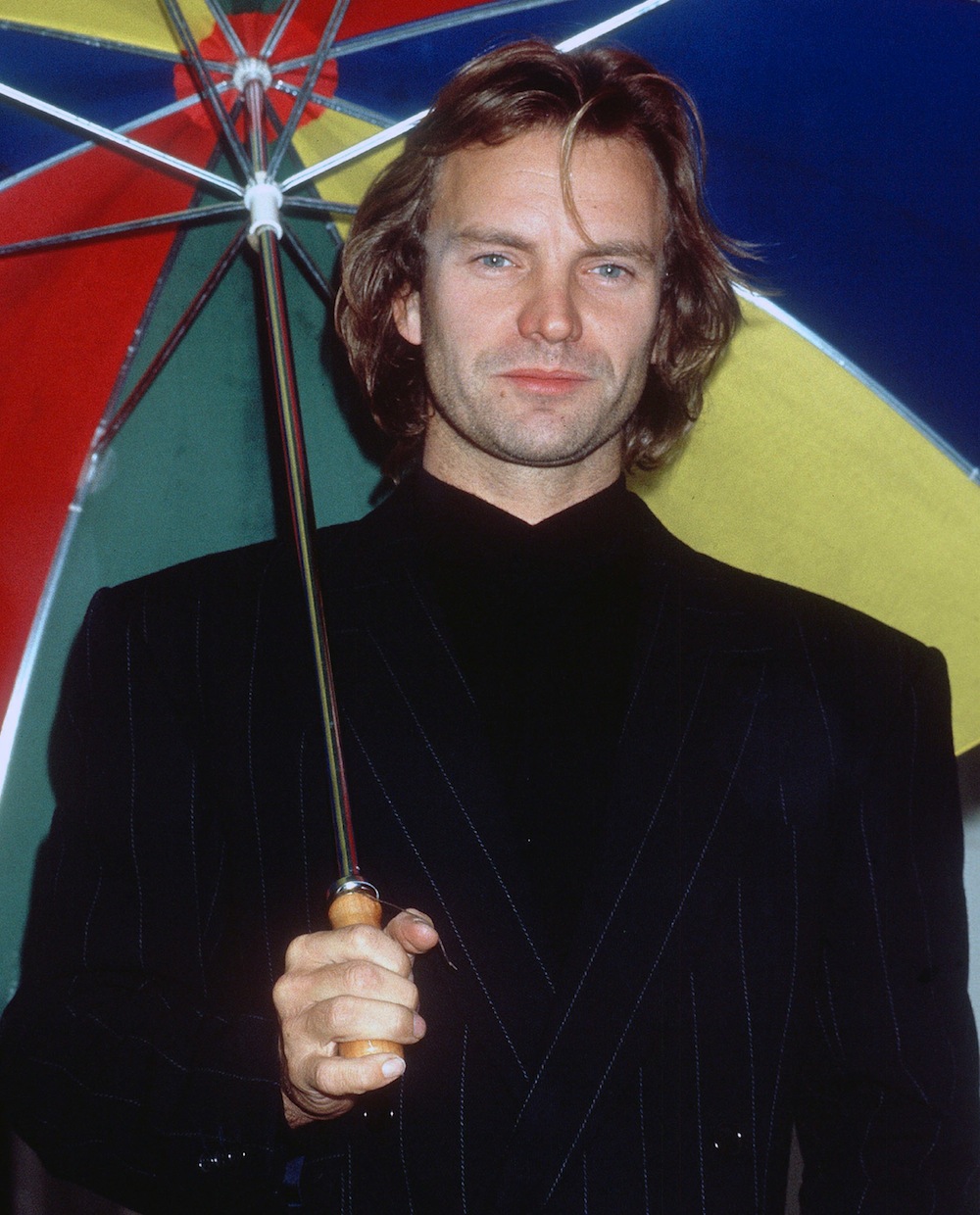 Okay, enough Rob Schneidery. Sing/songwriter Sting (or, Gordon, as his mama calls him) has been making music for the last 40 years or so, and no one can ever accuse him of being boring or one-note. He first broke onto the scene in the ‘70s with his band The Police and together released five platinum studio albums, their 1983 record Synchronicity hitting #1 in the U.S. Sting broke out on his own shortly after, putting out his first solo effort in 1985 and never looking back, cranking out 11 more albums. His most recent, released in 2016, was entitled 57th and 9th.

But that’s Sting for you. Always a little bit ahead of everyone else, as if working directly with and through the Universe… like he’s privy to certain things the rest of the world could only hope to understand. Enigmatic fella, that Sting.

I first noticed Sting in the late-‘80s when he released his single and corresponding music video for “We’ll Be Together”. Great song, very catchy with a distinct jazzy feel to it – if you thought that Sting doesn’t make music you can shake your moneymaker to, this song dispels that myth but good. And the music video is pure delicious absurdity, featuring Sting pulling double-duty as a dorky artist type with a fondness for ugly sweaters, and an alcoholic-about-town who lacks in manners but makes up for it in the most brilliant Drunk Man Dance ever caught on film. Drunk-Sting’s slightly bored girlfriend, whom Dork-Sting has eyes for through the entire video, is played by none other than Trudie Styler, Sting’s wife of 26 years (they were already living together by the time this video was shot). Classic stuff.

As much as I would like to say that this song strayed from Sting’s norm, the truth is, none of his music can be so easily compartmentalized. Sting is adept at playing within different genres, creating a body of work that is truly diverse. Of late, he seems to have found his niche in a more New Agey sound, but on the whole, Sting has an unmatched ability to pull influences from here and from there and adapt them to his own sensibilities. Like I said earlier, never a dull moment with Sting.

Enjoy below some classic Sting/The Police music vids, starting with the aforementioned “We’ll Be Together”: