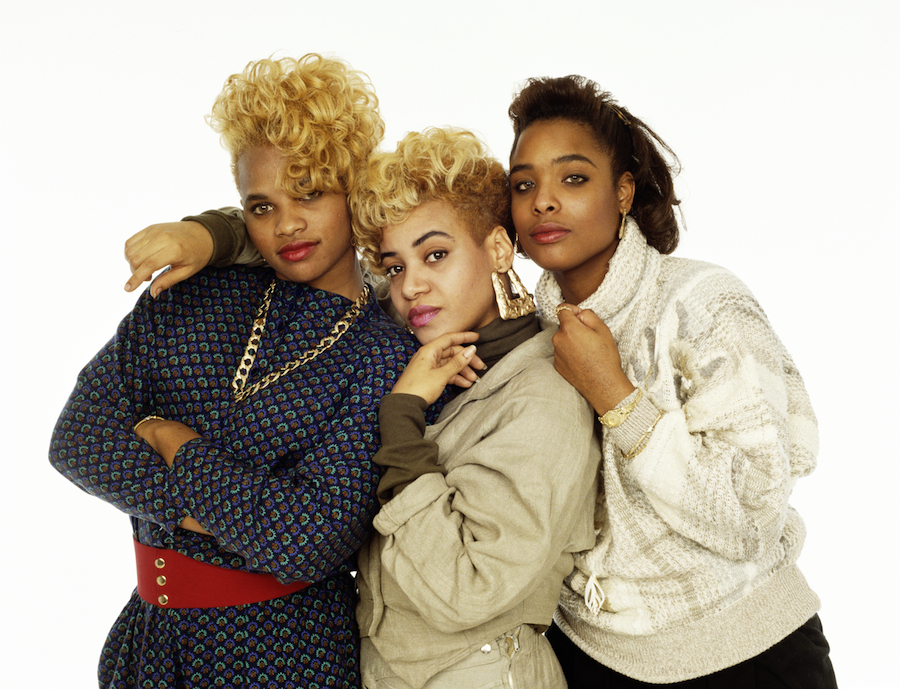 You guys, Salt-n-Pepa were SO SCANDALOUS back when I was a kid! They were also the gals that shattered the glass ceiling hovering over the rap world back in the ‘80s, enjoying just as much, if not more, than regular radio and MTV rotation as their male counterparts.

They got our attention not just because they were ladies, but because they were ladies who were very frank – very VERY frank – about their sexuality. Their songs told subtlety to take a hike, cuz they weren’t into beating around the bush (well, they were, just not in the figurative way). They broke into the mainstream in 1987 with their hit “Push It”, which opens with the declaration “Salt-n-Pepa’s here!” Oh yeah, you are… the world clutched their collective pearls and took notice. Their notoriety became immediate, but they were no one-hit wonder.

Cheryl “Salt” James and Sandra “Pepa” Denton, along with their DJ Spinderella, showed everyone that they knew exactly what they were doing, releasing a slew of follow-up hits including “Do You Want Me”, “Let’s Talk About Sex”, “Shoop”, and “Whatta Man”, all of which featured amazingly catchy hooks and were brimming with so many single-entendres that you were both delighted and terrified when their songs came on the radio while you were with your parents. So, to these three women, I say, thank you for the countless awkward moments in the family car!

These days, you can hear their song "Shoop" played prominently in Deadpool, and they recently slaying the stage at the Billboard Music Awards.

Despite their songs’ racy content, their music videos were surprisingly tame, but they were still a lot of fun. Check out their biggest hits below!