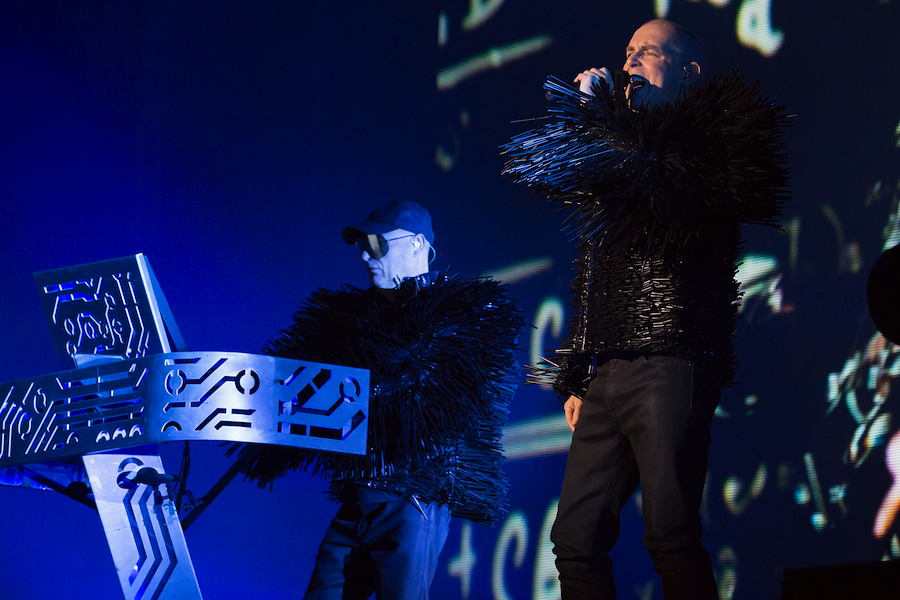 For those of us who grew up in the ‘80s, the name Pet Shop Boys is certainly a familiar one. Their 1984 debut single “West End Girls” became a radio staple, and they enjoyed moderate success in the States throughout the decade before, as so often happens, just sort of falling off the map.

Well, off the State-side portion of the map anyway. Despite the lull in their relevance to fickle American audiences, Pet Shop Boys have been a steady smash success in their native U.K., where they have the distinction of being THE most successful British duo act in history! They have released a whopping 13 (one-word title) studio albums in the past 30+ years, not counting 6 compilation albums, 4 remix albums, 2 live albums, 3 soundtracks, and 1 EP. Whew! These Boys certainly know how to keep busy!

The group, comprised of Neil Tennant and Chris Lowe, have been a mainstay on the dance music scene, even popping up every now and then on the U.S. Dance charts. Their unique brand of electronica has always managed to stay fresh and stand the test of time – even their most well-known hit, “West End Girls”, hasn’t aged much. Their most recent album, Super (released in April of 2016), peaked at #3 on the U.K. charts – in fact, they have yet to release an album that hasn’t ended up in the Top 10 in the U.K.!

Their music videos often belie their experimental musical sensibilities, often just showcasing Tennant squeezing the lyrics out of his nose and directly at the camera, but that contrasting juxtaposition is actually sort of interesting. No need to bombard you with visuals when the music itself already has plenty going on. Check out some highlights below!