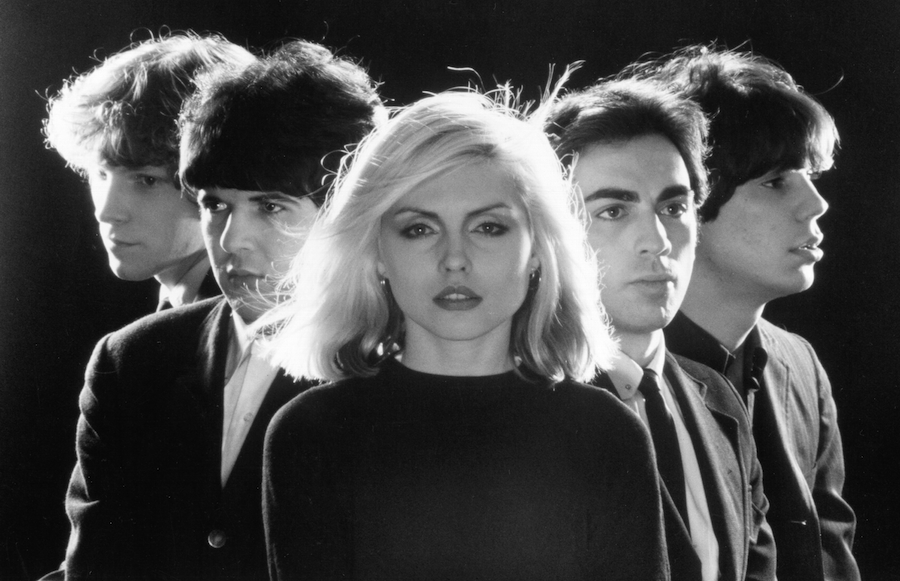 In 1979, Disco was on the decline and New Wave/Punk was on the rise, giving way to the genres of music that have survived and persist into today. And the one band that was so instrumental (no pun intended) in escorting us into this musical evolution was Blondie.

Lead by bombshell Debbie Harry, Blondie was at the forefront of the transition from the cheesy dance-pop ‘70s to the even cheesier but more refined ‘80s with their eclectic fusion of genres, dance-friendly beats, and glam-rock style. Blondie (and Harry) are often credited with being one of the first major acts to bring Rap into the mainstream, with Harry’s spoken-lyric bridge in the middle of their 1981 hit “Rapture.”
Music videos being in their infancy in the late-‘70s/early-‘80s, Blondie’s visual offerings were mostly concerned with showcasing Harry’s sensual punk/glam looks... Which isn’t a bad thing! No matter which way you swing, it’s insanely difficult to look away once the camera is fixed on Debbie. The best part is that her look hasn’t aged much, if at all, in the 30-plus years since.
Check out three of Blondie’s biggest hits -- "Heart of Glass" (1979), "Call Me" (1980), and "Rapture" (1981) -- below:
Debbie Harry released five solo albums between 1981 and 2007, most notably Rockbird in 1986, which featured the song “In Love With Love” – I was seriously in love with this song for about two years when it came out, and this is literally the first time I’ve seen the music video since 1987. Whoa!
(Photo via Michael Ochs Archives/Getty Images)
- Katie Marzullo, YH Staff Editor
[email protected]