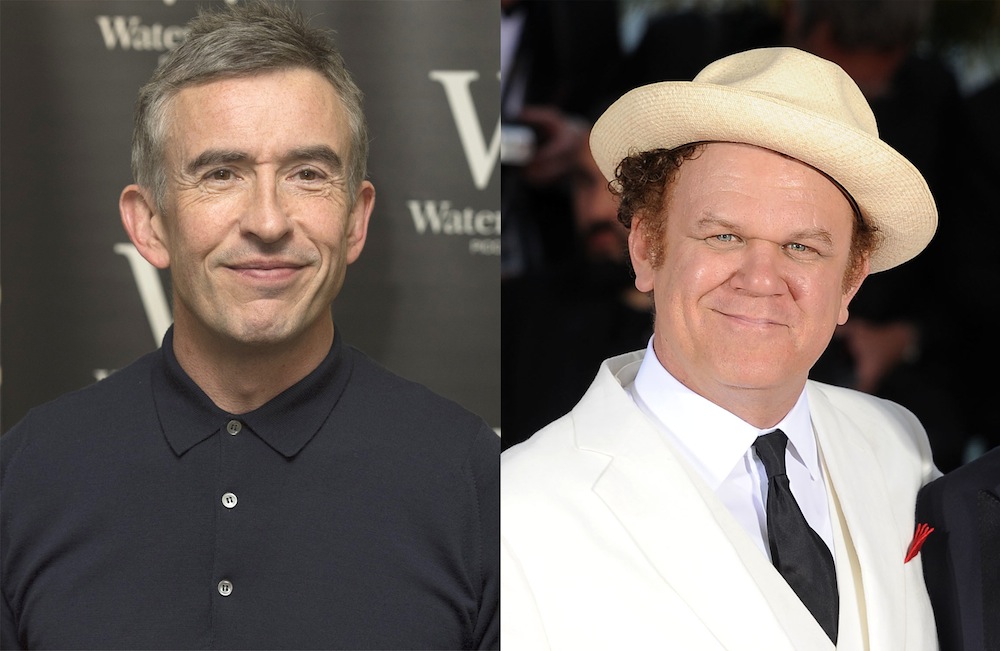 If you came to me a week ago and said that Steve Coogan and John C. Reilly would be starring in a picture together as Stan Laurel and Oliver Hardy, I would’ve nodded politely and then walked away as fast as I could because I don’t like strangers regardless of the exciting news they bring me. But enough about the little quirks that make me tick; the thing to be gleaned from all this is that a film about two of the biggest legends in the world of comedy is coming to the big screen in the not too distant future.

Stan and Ollie will be written by Jeff Pope (who penned the much-lauded film Philomena, which also featured Steve Coogan), and Jon S. Baird (who directed Filth starring James McAvoy back in 2013) will assume directing duties. According to Pope, Stan and Ollie will take place in 1953 and center around the famed duo’s twilight years as they embark on one last comedy tour in England. While audiences are initially small in size, their talent continues to shine through and laughter abounds across all the variety halls in England despite Ollie’s failing health and the torment of past wrongs that threaten to destroy their longstanding partnership.

I’m a sucker for stories and films about the giants of Hollywood’s yesteryear, so little to no encouragement was needed to stoke the fires of my curiosity and excitement. I’ll admit that I’m not as familiar with Laurel and Hardy as I am with other comic legends like The Marx Brothers or Bob Hope, but I do distinctly remember spending an afternoon in my youth watching a marathon of their work on AMC back when that channel had the audacity to play classic films. Many laughs were had on that rainy afternoon (or maybe it was sunny?), and while I didn’t take to Laurel and Hardy like I did to the aforementioned Marxes and Hopes, I never forgot them either.

Steve Coogan and John C. Reilly are two fine actors with some excellent comic chops of their own. I have no doubt they will do fine in these roles, and in doing so pay tribute to two comedy geniuses from Hollywood’s Golden Age. No release date has been announced but we will keep you apprised of more Laurel and Hardy developments as they unfold. In the meantime, please enjoy some hilarious slapstick antics from the legends themselves (and see if you can guess which actor will be playing Stan or Ollie).