STUDIO SPOTLIGHT: "This Is Us" 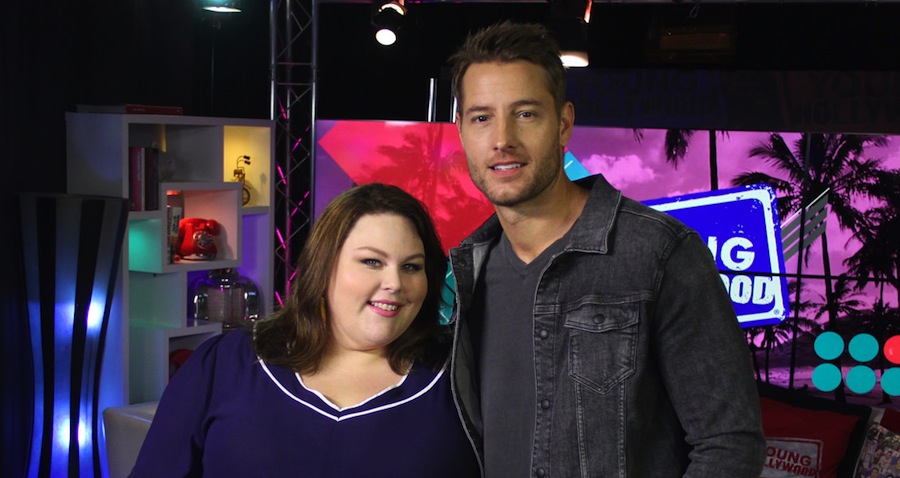 Chrissy Metz and Justin Hartley, two-thirds of our favorite triplets from the hit television show “This Is Us”, stopped by the Young Hollywood Studio to talk everything from getting the role of a lifetime to what it’s like being a part of the Pearson family both on and off-camera. “This Is Us” premiered on NBC last fall and has received tons of praise for its inspirational and tear-jerking moments ever since. On the show, Chrissy and Justin play a sister and brother with an inseparable bond, and their chemistry definitely continues off-screen!

Although the “This Is Us” cast is on top of the world right now, there was a time when they didn’t feel so lucky. Chrissy, who plays Kate, talked all about life before landing the role of a lifetime. Growing up in Florida, Chrissy always contemplated how she was going to make it out of her hometown. “How am I gonna get out of here? I know I don’t belong here,” she said. The pre-school teacher-turned-actress made it to the “This Is Us” audition with just one dollar in her bank account. “You have more than a dollar now, right?” her television twin joked.

The two also talked about what it’s like to work with their all-star cast, including Mandy Moore, Milo Ventimiglia, and Sterling K. Brown. “One of the cool things about this cast is our age,” Justin explained. “Our whole cast has been around. … You appreciate the finer things a little more.”

According to the two-thirds of The Big Three, the cast is also full of goofballs. “I got a lot of attitude,” Chrissy joked. “I got sass,” Justin replied. “We all have our moments.”

“Getting to do this show has been the highlight of my life,” said Justin. The Golden Globe-nominated series follows the lives of Kate, Kevin, and Randall, their relationships with their parents, significant others, and everyone around them, both in the past and present. Praised for its realness and honesty, “This Is Us” has become one of the most talked-about shows on television. We can’t wait for its return!

Watch our interview with Kate and Kevin… oops… Chrissy and Justin below and check them out while they play "Would You Rather: The Big Three Edition"!

Catch Season 2 of “This Is Us” this fall on NBC!