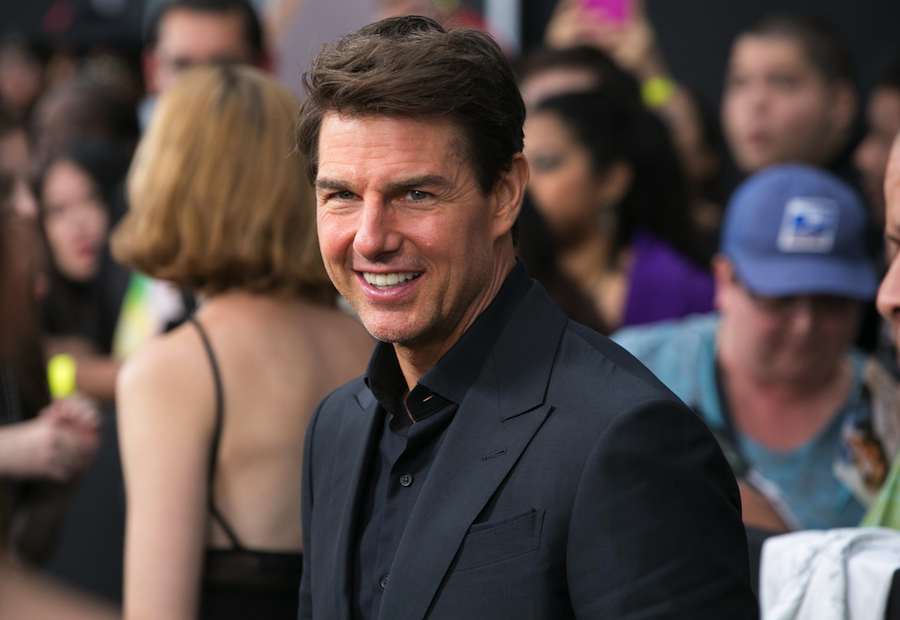 From sliding out into a room in his tighty-whities and playing volleyball with a bunch of fighter pilots, to being interviewed as a vampire and being an unlikely action star, Tom Cruise has certainly had a wide array of roles. Say what you will about his latest role in The Mummy, but over the past decade or so, Cruise has really only been an action star by gathering lead roles in the Jack Reacher and Mission Impossible franchises. We kinda miss the old Tom who would scream into telephones to SHOW HIM THE MONEY or sling cocktails at a Tiki bar in Jamaica. As huge of a star as Cruise is, and has been for over 30 years now, there's still an array of roles that he has yet to tackle. Below are some examples we'd like to see:

We’ve seriously never seen him do this, and why not? With how sequel-crazy the industry is getting, why haven’t they made a Risky Business 2 with Cruise reprising his original role from the first, only this time he’s a dad? But of course we’ll have a twist! This sequel won’t follow Cruise’s son or daughter. It’ll instead follow some much cooler kid in the neighborhood than his own kid and Cruise will help throw the ultimate banger. Talk about doubling the risky business!

Somebody His Real-Life Height

Standing at 5’6” on a good day, I am a short man. It’s refreshing whenever I see my own kind being represented by the glitz and glam of Hollywood. I applaud those like Aziz Ansari, Kevin Hart, and E.T. (although he cheats with that neck trick of his) who are brave enough to play roles as short people. Reaching for things on high countertops and hanging posters are no easy tasks for these guys. While it is sometimes noticeable in films like Eyes Wide Shut where he’s next to his tall ex-wife Nicole Kidman, Cruise’s height has never been a problem for any of his characters. Come on, even Michael J. Fox couldn’t dunk unless he was in wolf form in Teen Wolf, so why is isn't it a problem, when Jack Reacher is kicking a villain’s head, the man is a foot taller than him? It’s time to be proud of your height, Mr. Cruise, and show the rest of us shortys that anything is possible so long as we put our minds to it and ask for somebody else's help to hang our posters!

All the greats seem to have played a teacher or a teacher-like character at one point. Here’s the time for the Oscar nom, Cruise. Pick up a role as a teacher or mentor working in a rough area who’s going to show those kids they’re worth more than being drug dealers or working in a factory that renders horse corpses into glue!

It’s been a while since we’ve gotten a good movie about carnival folk. Ringmaster or just some hand that cleans up after the elephants, either way Cruise could play a riding-the-rails-from-town-to-town carnie that screws kids out of stuffed animal prizes on the impossible-to-land-enough-frogs-onto-a-lily pad game.

Talk about a master class of acting here. Has any grown man or woman ever tried playing a baby? Okay, sure, there was Alec Baldwin in Boss Baby, but I mean in real-life. Toss Cruise into a stroller, hit action, and watch the man work. I’m sure we’d all be in for an eye-opening treat.

I like Eyes Wide Shut, and part of that movie is following Tom Cruise as he tries to figure out some stuff with a sex cult, but he plays some rich doctor in NYC. He’s really never been in a straight detective in a noir-style film. This might actually be interesting to see what he could do.

It’s arguable that his most insane role to date in Tropic Thunder was the villain, but when you look at it, not really. He’s just a jerk who funds a movie (a producer). He's other roles that were kind of in a gray area, like Magnolia, Vanilla Sky, and Valkyrie. But the closest he's really come to being an out-right bad guy is in Collateral. That’s really it, so it’d be cool to see him actually be an honest-to-goodness, no-bones-about-it evil maniac in a movie. With superhero movies being all the buzz and Star Wars putting out something new every year, why not get this ball rolling with one of Hollywood’s biggest stars?

It’s gotten almost completely forgotten comedian Louie Anderson received an Emmy for what I declare the best thing I’ve ever seen on television, "Baskets". If Tom Cruise ever wants to win an award, or at least get some more media buzz on his name, he should play a woman. In fact, if they remade Eyes Wide Shut but had Nicole Kidman play Tom Cruise’s role and Cruise play Kidman’s role, then I’m absolutely sure ol’ Stanley Kubrick will be rolling over in his grave but at least I’d be entertained!

Just some ideas for Tom Cruise; your move, Hollywood!