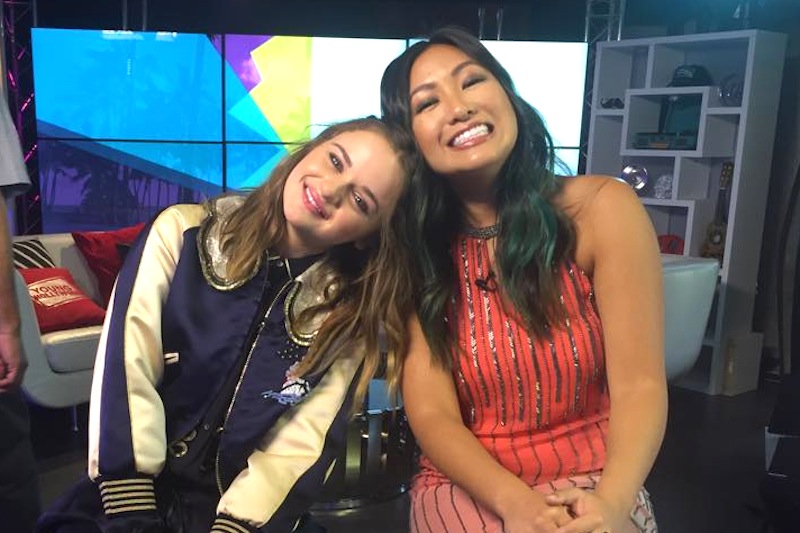 Joey King, star of the upcoming movie Independence Day: Resurgence, dropped by the Young Hollywood studio to talk about everything from her new film to her favorite froyo topping.

While on the set of the long-awaited sequel, Joey got into a skateboarding accident and ended up stealing co-star Liam Hemsworth’s car to buy Band-Aids. While Liam wasn’t thrilled that she took his car, he was just grateful that Joey didn’t damage it!

Joey also shared how it is working in Hollywood with a sibling. Joey’s sister, Hunter, is on the CBS series “Life In Pieces” and has previously been in shows such as “The Young and the Restless”. Joey says that there is no rivalry between the two sister stars, and that every night they spend together is like a slumber party.

Also during her visit, Joey talked about one of our favorite topics: food! Joey revealed that she was allergic to popcorn and blueberries for a very long time, but after 7 years, it went away and she celebrated by eating them in great quantities. The actress also shared that the best froyo topping is rainbow sprinkles.

Check out our chat with Joey below!

Independence Day: Resurgence is in theatres now, and Joey says that people are going to love this movie. We can’t wait to check it out on the big screen!