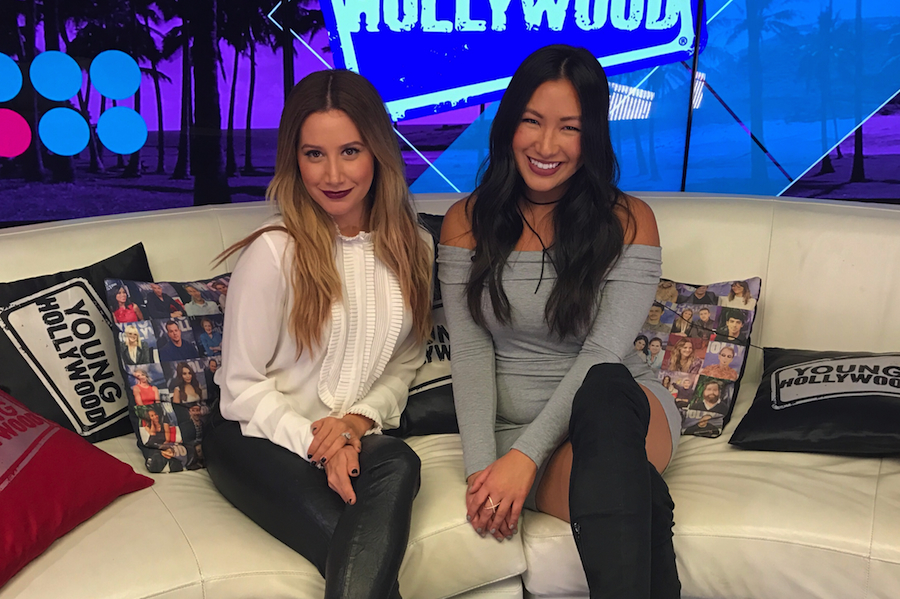 We always enjoy having Ashley Tisdale in the YH Studio, whether its to talk about her makeup line or a High School Musical reunion or any of her other many endeavors! This time around, the star came by to talk about some of her latest projects, the first being "Skylanders Academy", a new animated Netflix series based on the Skylanders video games. Ashley will be voicing the character Stealth Elf, an elven ninja and one of the new students at the academy. She’ll be co-starring with Justin Long as Spyro, Jonathan Banks as Eruptor, and ChrisDiamantopoulos as Master Eon. Check out the trailer below!

Ashley discussed her enthusiasm for animation and how much she enjoys voice acting. “It’s such an easy and fun job for actors,” she explained. As you may recall, Ashley was the voice of Candace in Disney’s "Phineas and Ferb", but she has also voiced characters in "Family Guy", "American Dad", and more!

And if you haven't already heard (because we told you), Ashley has recently relaunched her YouTube channel. “Oh, how I missed my YouTube friends.” Her most recent upload is a musical session with her husband Chris French doing a cover of Paramore’s “Still Into You”.

Ashley also gave us a little teaser as to what may be next for her beauty and lifestyle empire -- you won't want to miss that! Check out our latest interview with her below!

We’re always happy to see Ashley in the Studio, and we cant wait to binge-watch "Skylanders Academy", available starting TODAY! Until next time, Ashley!