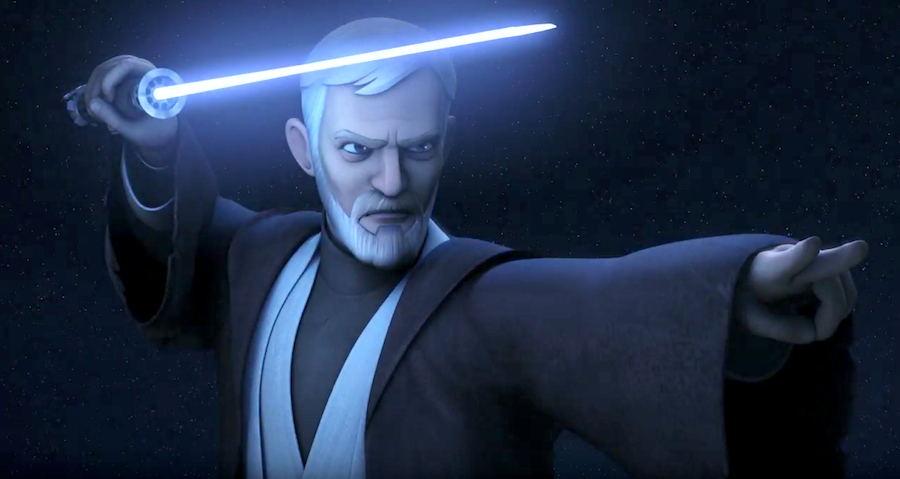 If you’re a fan of the Star Wars prequels – or, heck, even if you aren’t – you probably consider one of the top highlights from the series to be the epic 2-on-1 between Jedi Masters Qui-Gon Jinn and Obi-Wan Kenobi versus Darth Maul. You’ll probably also remember that it didn’t end too well for Qui-Gon, much to the sorrow of his protégé Obi-Wan…

The two faced off once again a few years later in “The Clone Wars”, the outcome of which… could’ve gone better.

Well now, thanks to Disney XD’s “Star Wars Rebels”, the grudge match we’ve all been waiting for is finally coming!

The mid-season trailer for Season 3 of the hit animated series teases a third run-in between the Jedi and the Sith lord, with the latter confronting the former in his twilight years as a hermit on Tatooine. Considering we know Obi-Wan survives long enough to meet and train Luke Skywalker before ultimately getting knocked off by Darth Vader (40-year-old spoiler alert!), here’s hoping he finally rids the Galaxy of that pesky Darth Maul once and for all this time!

Check out the trailer below to see what else to expect from the remainder of Season 3!