Snoop Dogg Gets His Game Show On With "Joker's Wild" Reboot! 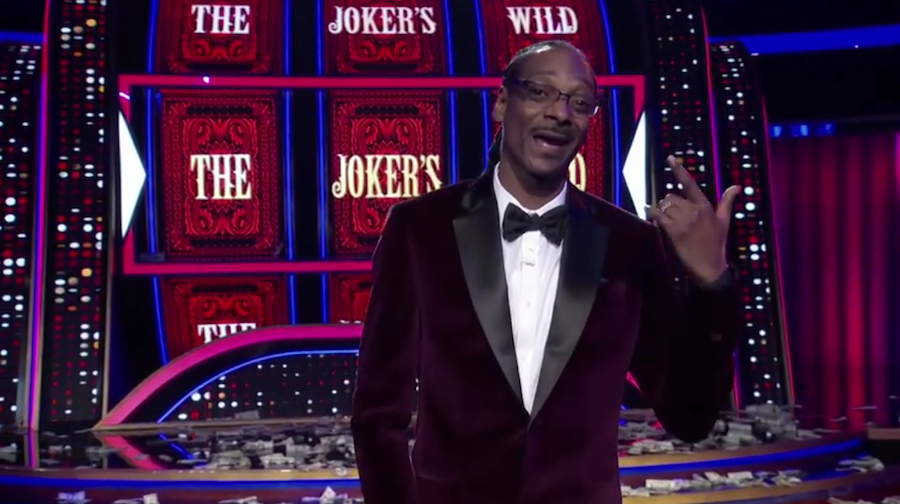 If you can't get enough of Snoop Dogg, then you need to catch his new hosting gig on TBS!

Snoop emcees the reincarnation of "Joker's Wild", the classic game show of the '70s and '80s and also Snoop's favorite game show when he was growing up.

The game show features two contestants who start off the round by pulling the lever of a slot machine that will display various question categories. The contestant will then pick a category and be asked a question. If they get it right, they earn some cash! The categories will test your book smarts, street smarts, and many other trivia knowledge.

Check out some of the game play!

As you saw in the video above, Snoop got some of his friends to help out with the questions, including Michael Strahan, Wiz Khalifa, and Seth Rogen! Snoop is bringing his hosting A-game and the show itself is not only hilarious but it might even teach us all a thing or two.

This reboot of "Joker's Wild" stays true to the format of the original show that first aired in 1972 with a couple of new twists!

Get a blast from the past and check out the origina!

Snoop is on a roll with his television shows -- between this and his VH1 show with Martha Stewart, Snoop has become a bona fide TV star!

You can find past episodes and even play "Joker's Wild" online on the show's website.