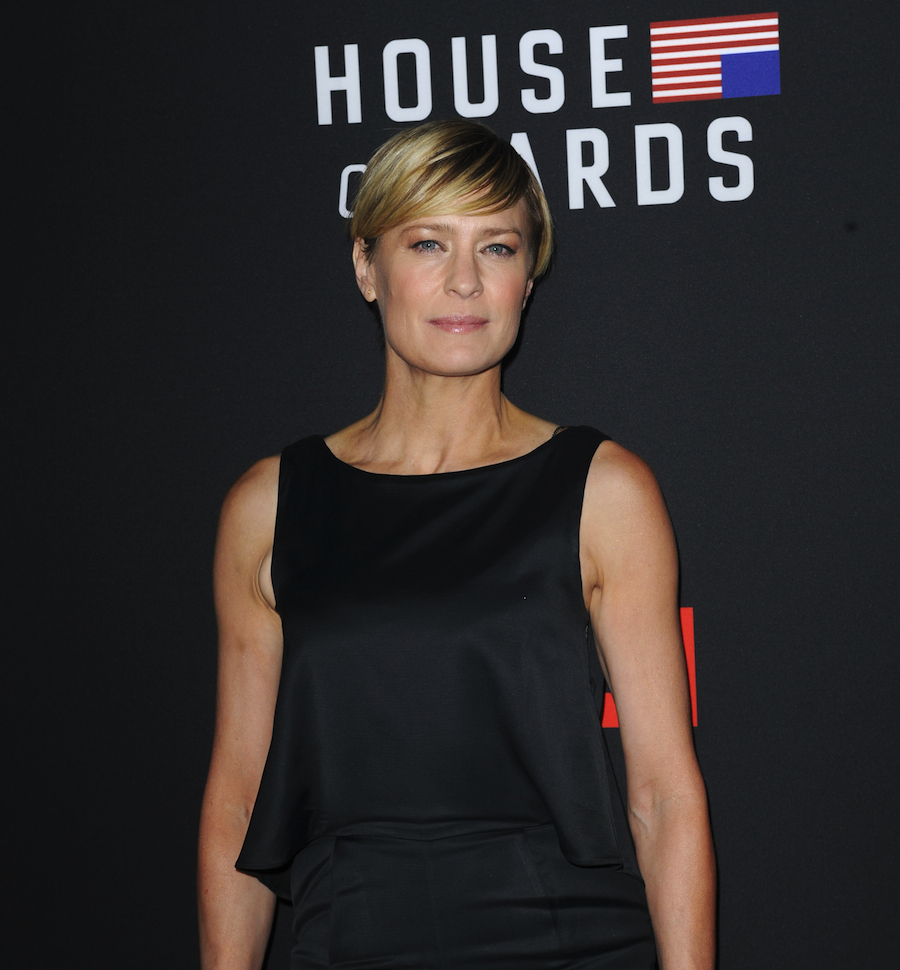 The last few months have not been easy for “House of Cards” fans.

After some rather disturbing details about star Kevin Spacey came to light, Netflix seemed to indicate that not only was he through with their studio, but so was the show entirely. At the time, we expressed some misgivings about that decision – fire Spacey, fine, but the rest of the hardworking cast and crew needn’t suffer for it too. That is A LOT of people to put out of work just for one man’s indiscretions, and I personally took issue with the idea that the show could not go on without Spacey’s involvement. Bullocks! There was a perfectly good solution sitting right next to him for 5 seasons…

Thankfully, Netflix is fully in touch with its senses, as not only is Season 6 a go, but the show will now be anchored by Spacey’s co-star and on-screen wife, Robin Wright. Fans rallied for this solution pretty much from the beginning – Wright, as the equally scheming and cold-blooded First Lady/Vice President Claire Underwood, has been as much an integral part of the show as Spacey… and some would argue she’s the glue that held the show together. Now, she finally has her place in the spotlight. In fact, the final moments of the Season 5 finale seemed to perfectly echo this, with Claire breaking the 4th wall all on her own and saying “My turn.” YAS QUEEN.

Netflix CCO Ted Sarandos confirmed the news this morning, stating he is “excited to bring closure to the fans.” Season 6 will indeed be the final season, as the company stated when the news about Spacey first broke, and will only feature 8 episodes instead of the usual 13, but given the talent level of the writers and producers of the series, we’re sure they will make every one of those 8 episodes count!

Of course, this all begs the question: what will happen to Frank Underwood? Luckily, the Season 5 finale seemed to set up all this perfectly, with [SPOILER ALERT] Frank resigning and Claire being sworn in as President of the United States. The couple had secretly agreed that, upon his resignation, Claire would pardon him for a murder charge, but she neglects to do so. Clearly, Claire is happy to leave Frank to fend for himself now that she holds the power, so the transition to a Spacey-less Season 6 might be easier than perhaps even Netflix could have anticipated…

Production of “House of Cards” will resume in 2018.