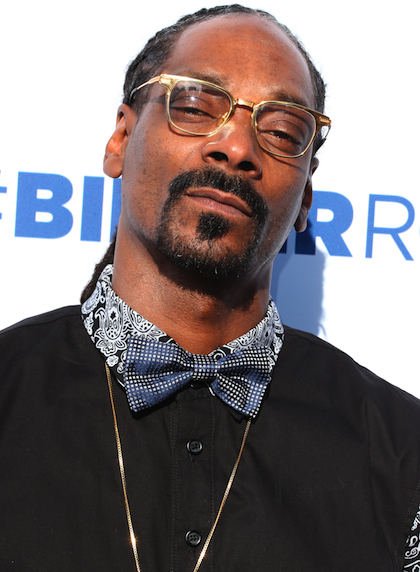 If you have never heard of Snoop Dogg, than you missed out a lot on hip-hop for the past 20-25 years, and pop culture in general. The iconic rapper, who partially got his name from his mother referring to his resemblance to Snoopy from “Charlie Brown”, has been in movies and television, as well as having a very successful music career. The man has even invented some slang in the past. Fo’shizzle, my nizzle: which to a white person like me this means, “For sure, my African-American friend.” Now Snoop Dogg is the works with HBO to create a family drama.

Snoop Dogg is no stranger to HBO, but typically as a fan, not a content creator. It is well known that Mr. D-O-Double-G is a huge “Game of Thrones” fan, and, presumably, could not wait to get on board with the hoe network of one of his favorite shows to create something. Snoop is also no stranger to television. In the past, he had his own sketch comedy show on MTV entitled “Doggy Fizzle Televizzle”, which only lasted for one season due to financial negotiations going sour, but if you would like to check it out there is an entire (NSFW) episode you can watch here.

This Snoop Dogg/HBO drama may not have a title yet, but we do have plot details. Snoop’s show will take place in the city of Los Angeles during the '80s, which was a time in Snoop’s life before he found fame and wealth, when he was a troubled teen rolling with a blue-clad gang you may have heard of called The Crips in Long Beach, CA. Since this is a drama, we can assume that this part of Snoop’s early life will be depicted on screen.

Snoop won’t be the only one helping to create this show. It will also be developed by Allen Hughes, who is also known for his work on producing Fox’s “Gang Related”, the upcoming “Roots” remake, and The Book of Eli, among other films and television shows. Hughes is set to direct the entire show as of now. Among others confirmed to be working on it is “The Boondocks” writer Rodney Barnes. There is no official release date, but with all the moves that HBO has been doing lately to create new shows, one can assume this will be up by the end of the year.

I hope you’re excited to see this show. I mean, HBO and Snoop Dogg working together? What a bizarre pairing! It’s fun living in a world like this where, even today, seeing that kind of news feels like we entered an alternate reality. I’m hoping that Snoop Dogg gets to be on “Game of Thrones” now. That’d be a real trip.