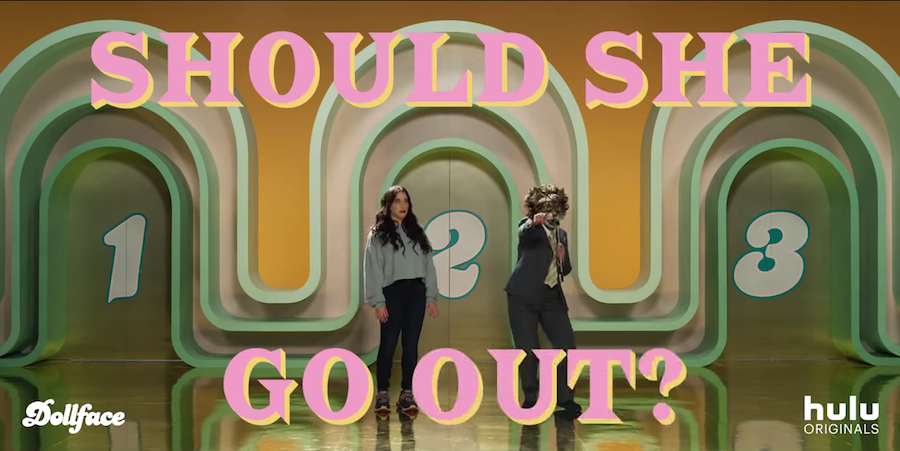 Hulu is coming in hot with a new girl squad for us to get behind! Everyone has that one friend that disappears every time they get a boyfriend, and now we’re getting a show about it. The upcoming comedy series "Dollface" is all about the friendships that get us through the best and worst times of our lives, and the cast is the stuff of dreams.

"Dollface" follows Jules, played by Kat Dennings, who is going through a bad break-up with her long-time boyfriend and has nowhere else to turn but to her old group of friends for support. The official synopsis of the show says that Jules “must deal with her own imagination in order to literally and metaphorically re-enter the world or women and rekindle the female friendships she left behind.” The trailer makes a lot more sense now.

The women she turns to are played by Shay Mitchell,Brenda Song, and Esther Povinsky. And while the group is obviously hesitant to welcome Jules back into their inner circle, they seem to always have each other’s backs in the end.

If that cast and synopsis weren’t enough, "Dollface" is being produced by our ultimate girl crush Margot Robbie, who would never let us down. So grab your girlfriends (especially the ones with boyfriends) and start getting excited, the 10-episode first season premieres November 15 on Hulu!