ICYMI: Apple TV+ Series "For All Mankind" Tries To Send First Woman To The Moon 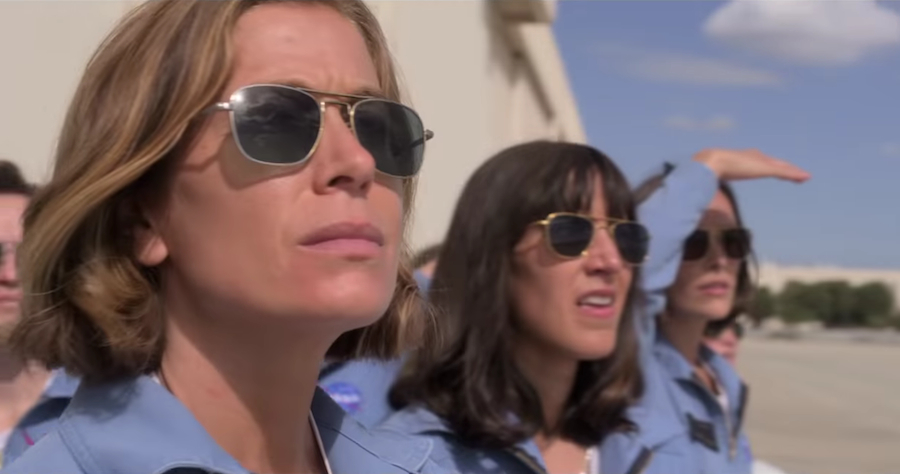 Apple TV+ is set to blast off this November, and when it does, there will be another launch subscribers can get excited about on day one. A new series from Emmy winner Ronald D. Moore imagines an alternate history looking at what would happen if Russia had beaten the USA in the infamous space race. With the Americans losing the efforts to be the first to put a man on the Moon, the series focuses on the next significant lunar accomplishment the two superpowers will fight for. In an attempt to outdo their Cold War opponent, the United States looks to be the first great nation to put a woman on the Moon before anyone else does. "For All Mankind" chronicles the U.S. government scrambling for brave women willing to step up to the plate and become candidates at making history.

The narrative of the hotly anticipated Apple TV+ series is told through the lives of NASA astronauts, engineers, as well as their families. "For All Mankind" is a very intriguing and progressive idea that presents an aspirational world where NASA's space program remained a focal point and exploration was still a priority.

President Richard Nixon, of all people, felt that if they couldn’t be the first country to put a man on the Moon, then they’d be the first to have a woman step foot on that lunar landscape. This wild remix of the U.S.’s space history is a fresh, new premise that sounds very appealing, to say the least, and is definitely one of the more hype-worthy titles coming from the iPhone seller’s streaming service. In a world oversaturated with mundane TV shows looking like inferior carbon copies of one another, it is very refreshing to see a company take a chance on such a unique story.

It will be interesting to see if Apple can maintain this plotline for more than one season and where it could possibly go with the ability to alter history to keep the narrative exciting. They could colonize the Moon, make it all the way to Mars, or maybe even go as far as Saturn. When you have a game-changing premise like this one, the possibilities are as endless as the vast reaches of Deep Space.

Whatever they decide to do, they have definitely brought on the right individuals to bring this bold space-bound endeavor to life. Moore is known for his work on hit series like "Battlestar Galactica", which has stood the test of time so well it’s getting a reboot exclusively for the NBC streaming service Peacock from "Mr. Robot" helmer Sam Esmail, which bodes well for the risky ordeal. Moore also worked on the award-winning Starz series "Outlander". Now he’s recruited a very tainted group of individuals to change history in more ways than one. Embarking on this mission for Apple and all of humanity will be Joel Kinnaman, Michael Dorman, Wrenn Schmidt, Shantel VanSanten, Sarah Jones, and Jodi Balfour. These brave souls are set to launch into the stratosphere soon enough with this new series as they literally reach for the moon in a historic race against time.