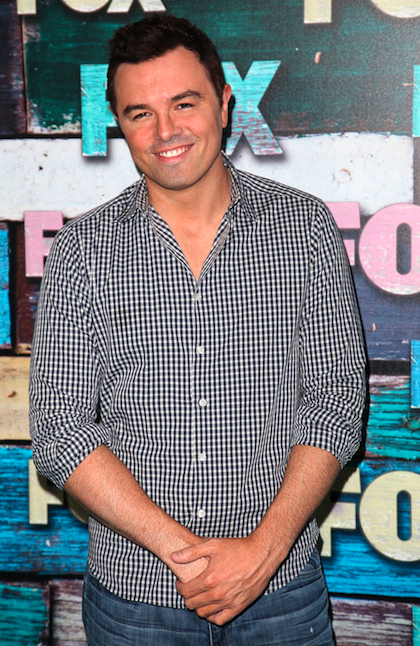 Hot! Hot! Hot off the press!

The Academy of Motion Picture Arts & Sciences – AKA the peeps who hand out the Academy Awards – have just officially announced who will be emceeing the 85th Oscars telecast, and the decision might surprise you…

Seth MacFarlane, known more for his television career than films (unless you count Ted, which I’m not so sure the Academy would), has been selected as next year’s host. Spaketh telecast producers Craig Zadan and Neil Meron: “We are thrilled to have Seth MacFarlane host the Oscars. His performing skills blend perfectly with our ideas for making the show entertaining and fresh.”

No doubt they had MacFarlane’s recent appearance on “Saturday Night Live” on their minds when making this decision. He certainly has a way with voices and showtunes and whatnot, and he could definitely thrive on a massive platform like the Oscars. There is no doubt that he is a showman.

My only concern here is, he isn’t exactly, shall we say, all that politically correct. Anyone who has watched his TV shows knows that he doesn’t mind pushing buttons or offending people. Tasteless jabs and taboo subjects are never off-limits. Will the Oscars producers reign him in at all, or will they let him do his thing and risk the consequences? This could be another Ricky Gervais-at-the-Golden-Globes situation if they’re not careful.

What do YOU think of Seth MacFarlane hosting the Academy Awards?