Send Out a "Search Party" for the Most Underrated Show on TV! 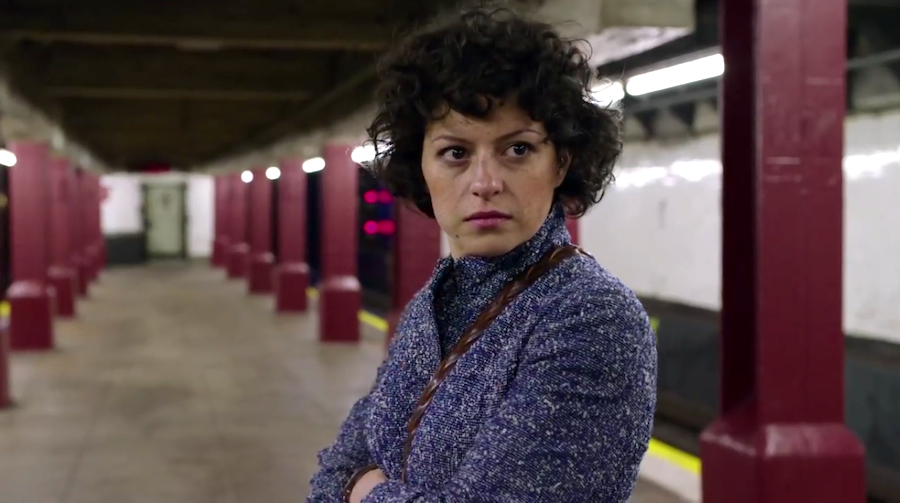 “Search Party” is the best show you’ve never heard of. I had never heard of it myself until my friend told me I had to watch it. Luckily for her, I was in the market for a new show, so I checked it out. It was my best decision of 2018 so far to be honest. Seasons 1 and 2 of the TBS series are already out, and they are both excellent. I went through them way too quickly and am now waiting for Season 3, which doesn’t have a release date yet (other than sometime in 2019), but it is definitely happening. You will love “Search Party”if you’re into mysteries, comedies, or good TV in general.

As you can see, “Search Party” is about a group of friends living in Brooklyn who get caught up in the mysterious disappearance of an acquaintance of theirs from college. Dory (Alia Shawkat), in particular, becomes obsessed with finding the missing girl, Chantal Witherbottom (Clare McNulty), and drags her friends along in her quest for self-fulfillment via her search for Chantal. It gets much darker than the trailer lets on; from there, things get worse and worse, and these well-meaning but self-centered friends dig themselves into a deeper and deeper hole with their poorly-thought out decisions.

Alia Shawkat, otherwise known as Maeby from "Arrested Development", stars as Dory, a young woman working as a personal assistant for a rich housewife who barely acknowledges her presence. Her boyfriend Drew (John Reynolds) gets dragged into the search for Chantal, along with their two friends Elliott and Portia, played perfectly by John Early and Meredith Hagner. Together this ensemble completely nails a group of unmoored Brooklyn Millennials. They are characters you will recognize, for better and for worse. Partly they resemble those people you can’t stand—self-absorbed, self-promoting—and partly they resemble yourself (if you’re young, confused, and burdened with the unnavigable economic landscape left by the Baby Boomers). Put simply, these characters are perfectly written and performed to be both infuriating and relatable, even sort of sympathetic. Not to mention, they are hilarious, especially Portia and Elliott, two brunch buddies who I hope will have even more screen time in Season 3. As the four friends wade further and further into troubled waters, the only voice of reason is Dory’s ex-boyfriend Julian (Brandon Michael Hall), who tries to offer rational advice in times when even the audience is caught up in Dory’s irrational thinking, but, spoiler alert, no one really listens.

“Search Party” has been called a Millennial version of Nancy Drew. However, it’s not your average mystery, because this isn’t your average generation we’re talking about. “Search Party” twists and turns in novel ways you won’t see coming. The ending of Season 1 is the funniest finale of any show I’ve seen in a long time. Season 2 involves even more hair-brained schemes, half-hearted spying, and poorly-executed plans, with even higher stakes. Its ending was crazy and a real cliffhanger—please go watch it so that it’s not just me out here waiting desperately to know what happens next!

You can stream Seasons 1 and 2 on TBS.com or the TBS app.