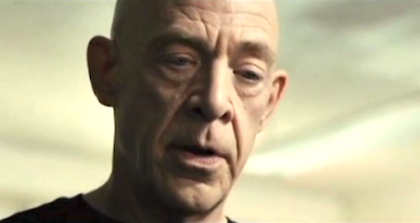 Apparently, the Academy Award-winning documentary Citizenfour (a documentary on Edward Snowden) and the original short film version of Whiplash, which starred Best Supporting Actor winner J.K. Simmons, we’re illegally put up on the Internet. As one could guess, the powers-that-be put the kibash on both, but there is still some hope...

Citizenfour is a documentary on the story of Edward Snowden but also the incredible journey made by Laura Poitras to meet Snowden. The title of Citizenfour comes from an encrypted email Poitras received from a stranger who identified himself as, you guessed it, Citizen Four. He sent her information on illegal wiretapping practices of such U.S. intelligence agencies (most notably the NSA), which, ironically, is exactly what the filmmaker Poitras has been trying to gather information on since 9/11.

Poitras eventually met with Snowden and recorded a series of interviews with the help of an investigative journalist (Glenn Greenwald) and intelligence reporter (Ewen MacAskill). The first of these meetings took place in Hong Kong, where Citizen Four revealed himself to be Snowden, and the several meetings that followed served as the basis of this film. Citizenfour has also done a lot to open up the conversation about bringing Snowden home and not charging him.

The other half of the recent award-winning streaming isn’t too easy to get a hold of. The original short film of Whiplash that got the movie funding and also features the man of the hour, J.K. Simmons, has been taken down by Sony and some other folks. Unfortunately, the best we can offer you guys is a short clip from the short film that clocks in at a minute and fifty seconds. Luckily for you, though, it’s a great part of the short film as you can see Simmons completely on his game as the scary, screaming, abusive jazz teacher Dr. Terence Fletcher. In this clip, he makes a fat kid cry for being out of tune, and I won’t ruin his joke for you about the dude’s weight, but it’s a zinger. It also feels like Simmons legitimately makes this guy cry. That’s my opinion, though, so you be the judge:

Sorry, folks, that all of this great content was taken down. It was too good to be true for the first day it was all up, but at least now you’ve got the right info on how to legally see Citizenfour for free, and now you finally get to see a clip of that Whiplash short film, which I’m sure will be released in its entirety on the Whiplash DVD. So, in the words of Dr. Fletcher, “If you want the effing movies, earn them!” Or, I guess, buy them, which means you earned them!