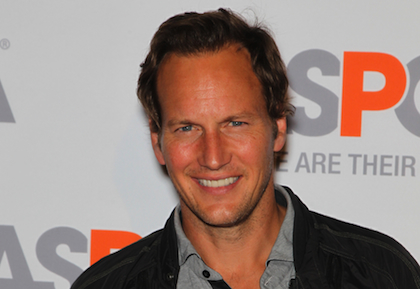 Recently, FX has released details for the second season of their hit Coen Brothers-inspired series “Fargo”. So far, we know that it will go back in time to the late-'70s and will follow Keith Carradine’s character, Lou Solverson, who was the father of crack detective Molly Solverson, played by Alison Tolman. If you remember in the first season of “Fargo”, Lou was said to be a retired cop who now runs a diner called Lou’s Coffee Shop. (I’m classifying it as a diner because they serve food like chicken fingers and hamburgers. Fight me.)

What you may have noticed is that, if this takes place in the '70s, than Carradine probably won't be reprising his role. Enter actor Patrick Wilson, who combated poltergeists as Ed Warren and various bad guys as Nite Owl in Watchmen. Considering that Lou is a no-nonsense type of cop, unlike much of the police force we saw in the last season of “Fargo”, it’s safe to say that he is the right man for the job.

The most interesting detail that we have for this upcoming season is the backdrop that creator Noah Hawley picked out. The season will collide with late former President, as well as once professional actor, Ronald Reagan’s first Presidential campaign. Reagan’s Presidency and his ideals, which have been dubbed "Reaganomics", were praised by some and criticized by others. In recent years, things like his policies with treating the mentally ill have come under scrutiny, even after his death. (If you’re interested, do your own research and pick a side. I’m not crawling down this rabbit hole right now.) Hawley has said that this season will be more comedic than the first one, so whether he and his crew do touch anything in regards to Reagan’s inevitable Presidency is not known, but what is known is that Reagan will be a seen character who will interact with other characters on-screen. Who will be cast to play Reagan is still unknown.

Some other actors that we do know who will be featured in the upcoming season include: Ted Danson as Hank Larsson, Lou’s unnerved father-in-law; Nick Offerman as Karl Weathers, an in-town lawyer; Jean Smart as Floyd Gerhardt, the matriarch of the Gerhardt crime family; Jeffrey Donovan as her eldest son, Dodd Gerhardt; Angus Sampson as her inarticulate middle son, Bear Gerhardt; Kieran Culkin as her youngest son, Rye Gerhardt; Kirsten Dunst as a small town beautician named Peggy Blomquist, and Jesse Plemons as her husband, Ed, who attempts to be supportive of his wife’s self-discovery, even if he doesn’t quite understand it. Molly Solverson will also appear again this season, but she’ll be about four years old, so it’s safe to say that Alison Tolman won’t be appearing as her again.

Even though we know a lot about the characters and that Reagan’s first Presidential campaign will be a major plot point, we still don’t know too much about plot details themselves. The season started production last week and will air sometime in the Fall of this year, which is good because I like to watch other people being frozen by snow when I’m sitting in L.A. wishing a blizzard would come by.