Scarlett Johansson Stepping Behind the Camera for Capote Adaptation 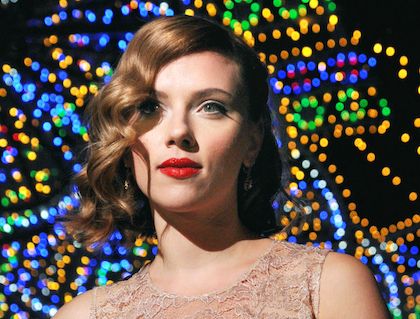 Similar to Angelina Jolie and Matt Damon (her We Bought a Zoo co-star), another big screen actress is going to be ducking out of sight, working as the director for an upcoming film.
Avengers star Scarlett Johansson is making her directorial debut with an adaptation of Breakfast at Tiffany’s author Truman Capote’s novel Summer Crossing, a story about a 17-year-old girl, living in 1945 post-war New York, who decides to ditch her family’s trip to France over the summer and falls in love with a Jewish parking attendant, whom she later marries, leaving her in a major culture clash between her family and his to discover her own identity.
Johansson has already found a writer for the screenplay who specializes in adapting stories to the silver screen, TristineSkyler (Getting to Know You, The Bell Jar), who is typically a playwright; she and has also found producers to back her work on the indie project.
Capote’s Summer Crossing was originally written in the 1940s but was lost for more then 50 years before being rediscovered and bought by the New York Public Library at an auction and finally published it in 2005.
(Image via Laura Villani/WENN)
- Samantha Blum, YH Staff