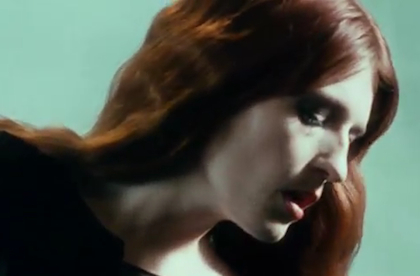 I’ve long compared Florence Welch to an angel, but apparently it’s even bigger than that.
Florence + the Machine has released the music video for their newest single off their sophomore album, Ceremonials, entitled "No Light, No Light", and it’s, as always, breathtaking. Florence is at her most ethereal here, looking like those old portraits of the Virgin Mary you would see in Medieval paintings, as she seems to be struggling between two religious ideologies – the Christian Church (likely the Anglican church), and some sort of freaky Voodoo. Both religions, it should be noted, were born of the Catholic Church. So, perhaps Flo is commenting on two extremes of one fundamental “truth” and the internal push-pull that can result as one struggles to find some middle ground. Or something like that.
All I can tell you for sure is, like every other Flo + the Mac vid, it’s visually stunning, as much a feast for the eyes as the ears. And aren’t those little choir boys the cutest?? Heehee!
Anyhoo, check out “No Light, No Light” below... turn it up loud and have yourself a catharsis!
(Image via florencemachine/YouTube)
- Katie Marzullo, YH Staff Editor
[email protected]