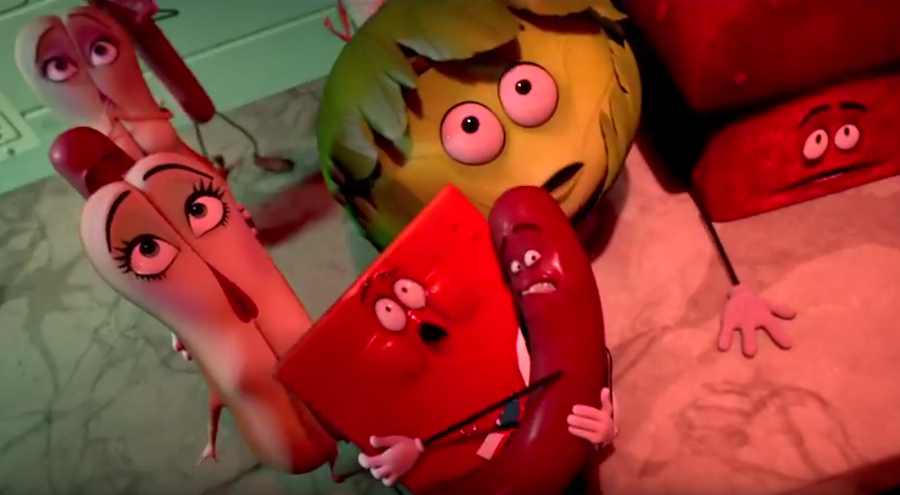 With the roaring success of Sausage Party, America has adult animation on the brain. The Seth Rogen film, which was intentionally stylized like a children’s movie, surprised some box office analysts due to what they say is mature cartoons not having a very notable past when it comes to breaking the bank. In short, adults don’t pay for animation. Sausage Party may be widely successful, but it isn't an anomaly. Here are 3 more entries into the world of NSFW cartoons!

While the aforementioned Sausage Fest is a new concept, one of the most popular adult animation films is based on the TV show “South Park”. The concept was essentially that the boys see an inappropriate movie and are deemed “corrupted”, so naturally their parents pressure America to wage a war against Canada. It was a ridiculous film, but the signature “South Park” humor helped it appeal to the adult crowd. One of its musical numbers, “Blame Canada”, was even nominated for an Oscar!

Without an iconic set of characters to front it, Heavy Metal relied on other means to get adults to buy this straight-to-video raunchfest: sex and violence. The film centers on fierce warriors keeping the galaxy safe from your standard forces of evil and looking cartoon-sexy while doing it. If you can imagine some sort of cross between “ThunderCats” and late-night Cinemax flick, you’ve got the picture. The film also tried to entice viewers with a wicked soundtrack, featuring names like Black Sabbath and Nazareth, who are ironically huge figures in the world of metal (since that’s in the title of the film). Heavy Metal even spawned a sequel in 2000, cleverly titled Heavy Metal 2000, that featured a new warrior who looked like a hypersexualized Wonder Woman and a soundtrack featuring Billy Idol and Insane Clown Posse.

Not relying on glitzy sex and cartoon violence, Anomalisa premiered earlier this year and centered on a man who is paralyzed by how boring his life is, simply observing the mundane nature of things day by day. When he goes on a business trip, he meets someone who may finally be able to spice up his life. The film is far more serious than the previous two, mainly deaaling with existentialism and one man’s bitterness toward his own experiences. The choice to make it stop-action animation makes it even more unique stylistically.

These films show the wide range of topics and styles that adult animation can fit into, whether it be philosophical or just a gory metal-fest. I fully expect to see more adult animation in the future due to the success of Sausage Party, and I look forward to what new stories these illustrations will tell.

In the meantime, Sausage Party is currently in theatres. Check out the (NSFW) trailer below!