"Sabrina The Teenage Witch" is Making a Comeback and We’re Too Enchanted! 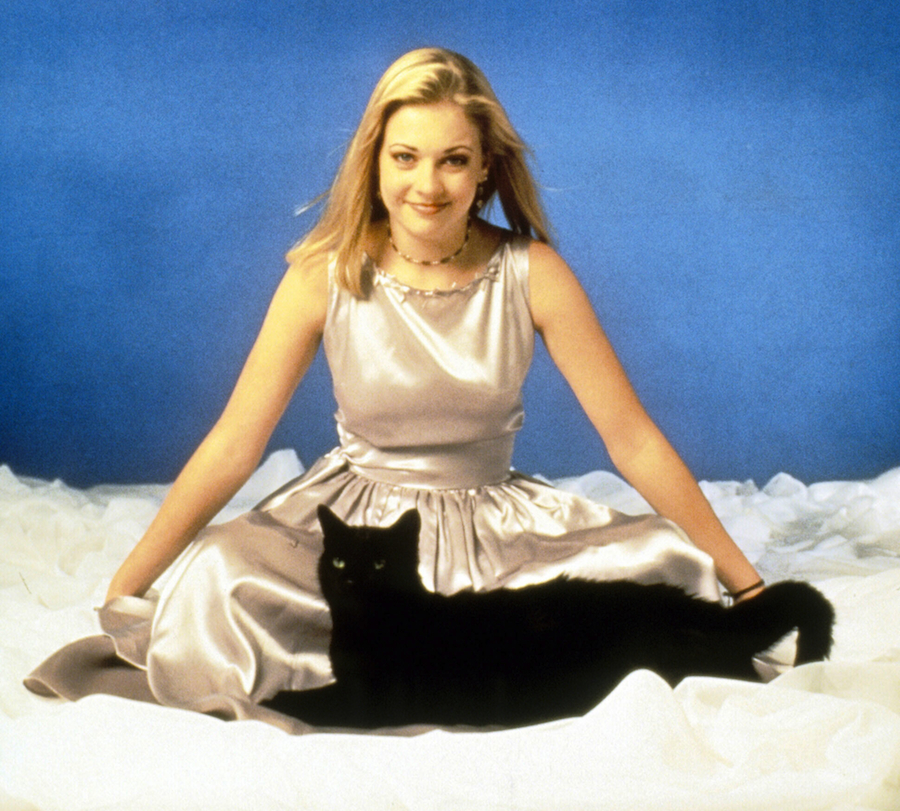 Remember Sabrina the Teenage Witch? Well, we do. And we never thought we’d be saying that it’s making a comeback on television!

But YES -- confirmed. The CW and Warner Bros. Television are creating a one-hour drama based around Sabrina for the 2018-2019 season.

But it’s not going to be the happy-go-lucky show you remember from the '90s though. In the proposed spin-off, Sabrina must figure out a way to deal with her half-witch, half-human existence, while trying to protect her friends and family from the dark and scary forces looming over the Riverdale community.

No, you didn’t read that wrong either. "Riverdale" Executive ProducerRoberto Aguirre-Sacasa is working to make the series based on the Archie Comics extended universe, “Chilling Adventures of Sabrina”, which takes the origin of the hit television show, and spins it to have a more evil, twisted plot. It would serve as a companion series to “Riverdale”, which is based around Archie and his high school friends at the heart of a murder mystery.

There’s no word on who will be playing the infamous witch yet, butDescendants 2 star Dove Cameron got fans questioning her next role after she posted an instagram photo of an old "Sabrina the Teenage Witch" comic. Her caption was even better: a telephone emoji. Hmmm... calling all "Sabrina fans"?? Maybe. 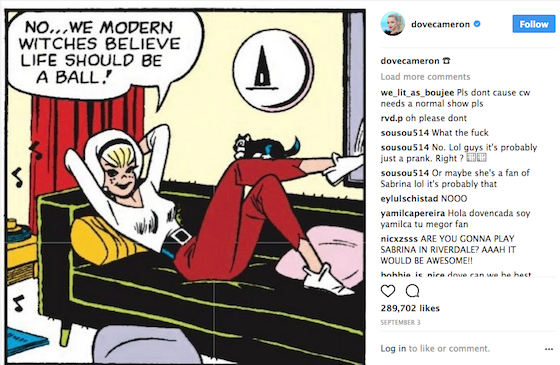 Whether she actually plays the role or not, who knows. But, if she does happen to play the half-witch, we definitely are not disappointed. It’ll just give us another reason to have her in the YH Studio again!

In the meantime... Here are some of our favorite moments from "Sabrina the Teenage Witch"!

That time she gave herself muscles:

WhenBritney Spears zapped into her show:

We’re going to miss the old Sabrina, but we can’t wait for this new spin-off show. Here's hoping for a Melissa Joan Hartcameo!