Ryan Hansen Getting His Own "Veronica Mars" Spin-off... Sort of 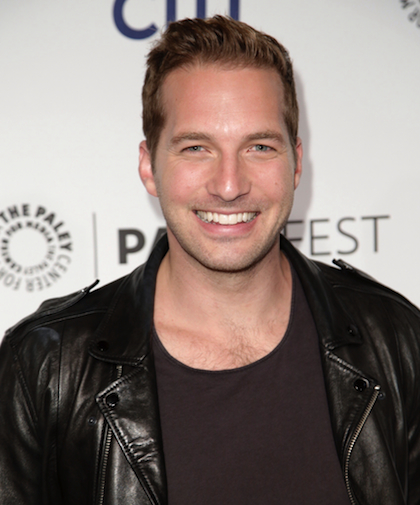 If you’re new to “Veronica Mars”, let me fill you in a bit. “Veronica Mars” started out as a sassy teen detective mystery drama created by Rob Thomas that lasted for three seasons (R.I.P.? 2004-2007) and chronicled the title character’s journey from her junior year in high school to her freshmen year in college. Played by Kristen Bell, Veronica Mars never had a case too tough for her to solve. The first season introduced us to her world as she tried solving a combination of different mysteries; meanwhile, the major underlying mystery of who killed her best friend the year before plagues her and the community of her hometown of Neptune, California. The show drew a few comparisons to “Buffy the Vampire the Slayer”, but, being a different show in its own right, was praised by critics for its originality. Despite having a strong cult following, the show was canceled after three seasons; ever since then, the devoted fan base has grown and has been left wanting more. With the help of fans on Kickstarter and the full support of his former cast, Rob Thomas wrote and directed a movie continuation entitled (you guessed it) Veronica Mars. This show, and now movie series (HOPEFULLY!), has cast members and a creator that sincerely care about it and its fans. New developments are happening all the time. Now back to it...

Ryan Hansen is rounding up the rest of the “Veronica Mars” cast to get them involved in a project surrounding his character, Dick Casablancas. He’s a fan favorite character on the show known for being… well, a Dick. He parties hard, sleeps with many female strangers, surfs, lives life happily as a trust fund baby, and basically flaunts how his life is better than yours. Like a tick, he is never in a scene where he doesn’t annoy at least one character to no end. Now, Hansen thinks it’s time for Dick Casablancas to pull the ultimate wave of annoyance on one of his favorite victims, Veronica Mars, by becoming her rival P.I. The new CW-produced webseries, “Play it again, Dick”, will revolve around Hansen, much like his character Dick, pestering his former cast mates to be on his new show. Check out the trailer below:

In case you couldn’t tell by the trailer… this show is a meta-joke. It is an actual webseries, but nobody involved in it is actually serious about making a Dick Casablancas-centered mystery series. The idea of it is fun, though. He even makes it sound fun as he says, “I’ll tell you the basic ingredients for the show: motorcycle, catchphrases, signature cocktails, barely-dressed hot chicks, me nailing hot chicks, badassery. Pretty awesome, right?” Yes, Ryan, it does sound pretty awesome. What is also pretty awesome is that Ryan sounds like he isn’t too far off from Dick Casablancas himself, so following him around trying to collect his team and attempting to get a show made in Hollywood should be pretty damn funny.

If you need anymore evidence of how funny Hansen is, YH caught up with him and Veronica Mars co-star Jason Dohring to chat about the Veronica Mars movie, admire each other’s body parts, and have a dance party… sort of. Check it out!

Speaking of the Veronica Mars movie, wouldn’t it be great if “Play it again, Dick” is tying into the sequel? Veronica’s father, Keith Mars (played by Enrico Colantoni), has a rival in Vinnie Van Lowe (Ken Marino), who clearly and hilariously has very little of an idea as to what he is doing as a P.I. Wouldn’t it be great if Dick does decide to become Veronica’s idiot rival P.I.? Who knows, maybe this will all tie into the much-anticipated sequel. (Please get made!) Either way, I’m always more than happy to see the old Mars gang back together. They work hard for their fans, something I hope more shows will start doing.