'Rusty Lake Paradise' is an Eerie Game of Biblical Proportions! 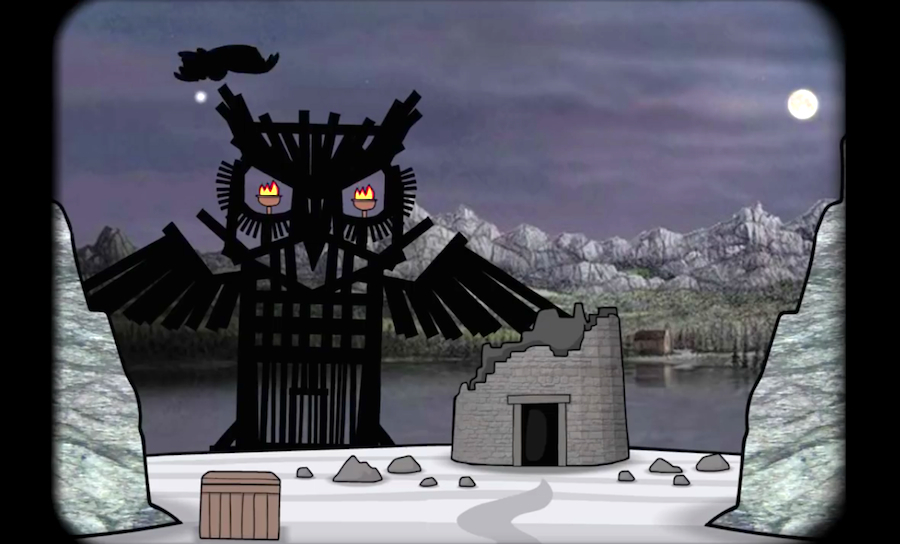 Water turning to blood and swarms of locusts in the sky sounds nightmarish, but the game Rusty Lake Paradise turns plagues into hours of entertainment. Created by Amsterdam-based developers Rusty Lake, the point-and-click game uses eerie visuals to tell the narrative of a disturbed family.

Players must partake in rituals to end the plagues, which take place on the ironically-named Paradise Island in the middle of a lake. Characters are highly interactive, speaking to the player in disgruntled voices and staring them down through the computer screen. However, this isn’t a game for horror fans only. The colorful visuals and dynamic storyline suits a variety of audiences. (Diseased livestock never looked so cute!) The soundtrack for the game builds great depth and atmosphere as players are shrouded in darkness, fog, and bugs. Although it is set in 1796, the game feels ageless with its beautiful landscapes and well-executed dialogue.

In order to understand the events that unfold, we should take a look into the game’s inspiration. Rusty Lake Paradise pulls from the Plagues of Egypt, which were ten disasters that Egypt suffered centuries ago. Recorded in the Bible, scientists believe that they have found evidence that would explain these occurrences. A change in climate potentially triggered the onslaught of the first plagues, creating a muddy river that was dyed red with toxic fresh water algae. This would align with the recording of water appearing as blood. The bacterium sped up the growth of frogs and caused them to move away from the water. Fewer frogs around to consume insects led to an abundance of lice, flies, and mosquitos, which contributed to livestock and humans falling ill. Additionally, a volcanic eruption in Santorini could have been responsible for the next three plagues: hail, locusts, and darkness. Volcanic ash has the ability to clash with thunderstorms to create hail, it produces humidity, which attracts locusts, and it can block sunlight. Finally, the death of the first-born child was possibly caused by poisonous fungus in grain supplies. Parents offered their eldest sons first pickings, which would explain the tragedy.

While the reality of the plagues is daunting to imagine, you can now experience them without putting yourself in danger! If you are searching for something that is the equivalent of an online escape room with amazing storylines, this is it. The puzzles that are presented appear simple upon first glance, but require great wit and attention to detail to complete. There are various themes that will take you to a range of places, such as a hotel, a cardboard box, and even your ninth birthday party!

There are several free games from Rusty Lake, and premium ones available for purchase. They can be found on here and here, and are able to be downloaded through either Steam or app stores for both Apple and Android products!