'Rogue One': A 'Star Wars' Review That Isn’t A Review 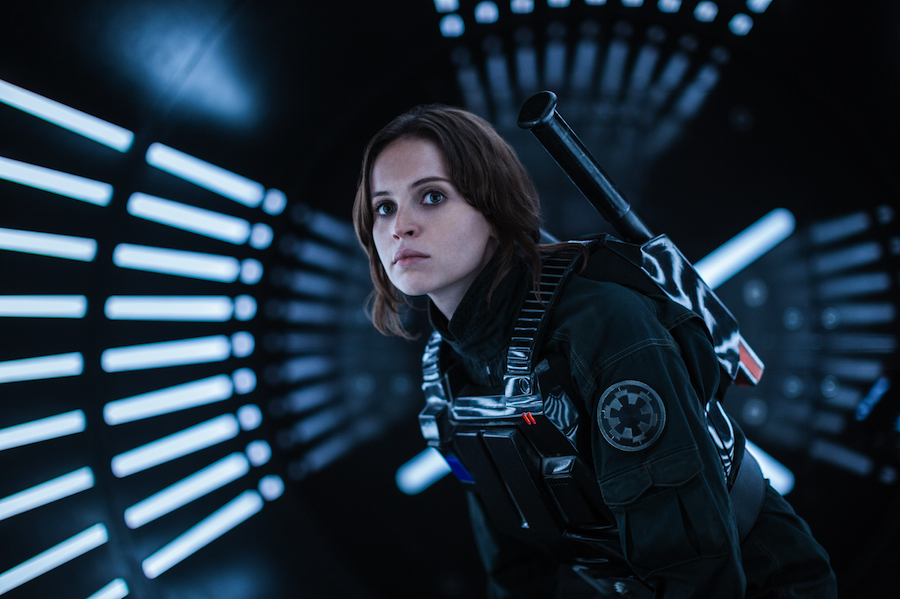 Ever since the newest Star Wars entry, The Force Awakens, hit theaters a year ago, it feels like it’s been Star Wars non-stop. I'd even heard about Rogue One prior to TFA and have, to be honest, been more excited for it than the new trilogy.

Rogue One tells the story of the small group of Rebels who infiltrated the Empire to get the plans for how to blow up the Death Star, which essentially means that Rogue One isn’t just a Star Wars story… it’s a friggin’ Star Wars Heist Story! That combines two things the film industry has been missing the past few years: more Star Wars movies and more heist flicks.

As of this writing, Rogue One has a certified fresh rating of 85% on Rotten Tomatoes, but the reviews which have captured my attention are those from Twitter and very spoiler-free descriptions. The general consensus has been mostly positive, but one area of contention I have seen from some viewers this past weekend claim too much fan service in the forms of in-jokes, Easter eggs, overall references to the franchise, and being quite dark. This left me thinking, “Are they serious?!” Why wouldn’t you want this as a fan? My only thinking is that this comes from non-fans or very casual viewers of the franchise.

Personally, these vague reviews and reactions have given me a new hope (get it?) that these spin-off flicks could be fun but, most importantly, that Rogue One will be a great addition to the new Star Wars Universe. I was actually counting on Rogue One being a flick for the fans, and that seems to be the case, so of course I want the in-jokes and obscure references. To me, it’s awful when a franchise abandons what made it great for fans in the first place by trying their best to appeal to the largest demographic. It’s then that the franchise loses their way and becomes something generic and dull. It’s a breath of fresh air to hear that these things are still being made for "true" fans.

Over the summer, I was very concerned upon hearing reports of reshoots because it was deemed "too violent" and "too dark". I understand that Disney is a family company, but a movie such as this sounded like it was more for adult fans than children, which is what I’ve waited for in a Star Wars movie since I was kid. I love the fun adventure parts and feeling the child-like wonderment the movies I got from the movies when I would watch the Original Trilogy as a pup, but there’s also this talk of how evil the Empire is and the Dark Side, and it feels like we haven’t actually seen a whole lot of evidence of this on-screen. Outside of seeing him choke insolent underlings to death, we haven’t seen Darth Vader get really ruthless, and this movie is also said to deliver more of that.

There’s also been talk that Rogue One blends nicely together with A New Hope, leaving some Twitter fans asking, “How’d they do that?” What this means, I have no idea, but I’ve thought for awhile that the members of Rogue One may be in similar locations at times as Luke Skywalker and company, but they just barely miss each other. Whether this happens or not, I have no idea, but either way fans are hyping some sort of A New Hope / Rogue One crossover and I’m excited as I hope you are too!

Rogue One is in thearire now, so get your tickets, nerf herders!