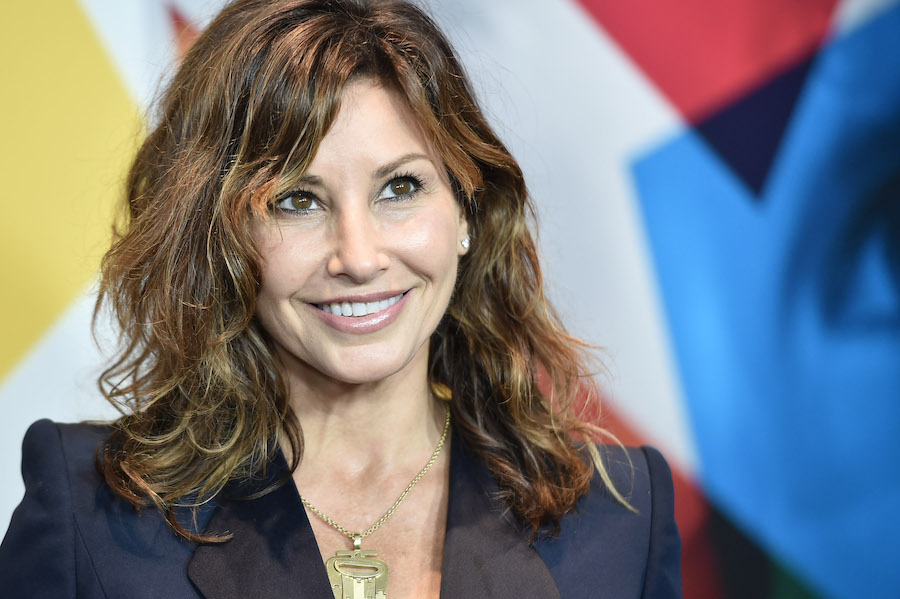 Ever since the jaw-dropping Season 2 finale of “Riverdale”, fans have been asking so many questions: Is Archie going to jail? Is Betty a Serpent? And, one question that’s been asked since Season 1: WHERE IS JELLYBEAN JONES AND MAMA JONES? Fear not, “Riverdale” fans, some of these answers lie ahead.

This past weekend at New York Comic-Con, members of “Riverdale” took to the Madison Square Garden panel to answer some of the fans' most burning questions pertaining to Season 3. Most importantly, we learned that Jughead’s mom and little sister, Jellybean, have finally been cast and will appear in Season 3! Gina Gershon will be taking on the role of Gladys Jones, with Trinity Likins playing sister Jellybean “JB” Jones. They will make their first appearance in the episode airing on December 12, 2018.

Gladys is described as “a Serpent with a GED” -- she runs a salvage yard that double as a Serpent compound. She is the woman in charge, all Serpents stand at attention for her.

As for Jellybean/JB, this girl is “wise beyond her years”. With her mother in Toledo, they run scams as a duo in order to make ends meet for themselves. She takes after her mother and is quite the young con artist.

We are SO excited to see the rest of the Jones clan, and especially excited to see where their storylines will weave in with FP and Jughead and just what exactly will bring them into our story this season.

Now, let’s get into some other exciting news from this panel! Here’s the rundown of some major info:

- As we kinda got a glimpse of in the trailer for Season 3, there’s going to be a major mystery surrounding our Riverdale parents. Hmmm… what are they up to? Apparently, an old mystery from parents past will resurface, and they will have to come together to solve it. Is this what will tie into our flashback episode? Guess we’ll have to wait and see...

- For the couples, Bughead is looking GREAT this season… while Varchie could be on the rocks. NOOOOO!!!!!!

- If you’ve been following KJ Apa on Instagram throughout the past year, you maaaayyy have noticed how much he’s been training lately. Well, it appears that training was for Season 3 Archie! According to show creator Roberto Aguirre Sacasa, “Archie’s going to find himself in a situation where he’s fighting for his life.” His new hobby this season: boxing. But to all of you that miss Archie’s musical side, don’t fret -- his guitar will be making a comeback.

This season is already looking to be SO exciting. The cast obviously couldn’t reveal it all, but we’re happy they left us with some SUPER inside hints on a few things we can expect. So, what do you think? Where do you think Season 3 will take us? Be sure to catch “Riverdale” Season 3 when it premieres THIS Wednesday, October 10, at 8pm on the CW!