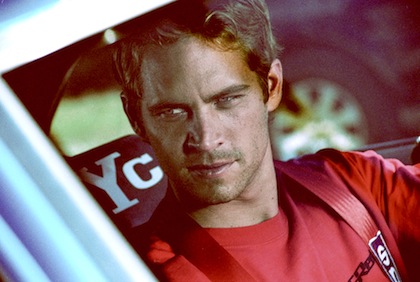 Actor Paul Walker, best known for his role in the Fast & Furious movies, passed away Saturday afternoon (November 30) at the age of 40. Ironically, he died in a fiery car crash in his 2005 Porsche Carrera GT. The actor was heading home from a car show and toy drive set up for his charity, Reach Out WorldWide. He is survived by his 15-year-old daughter, Meadow.

Along with Walker, racecar driver Roger Rodas lost his life in the accident as well. Reportedly, he was the one behind the wheel at the time of the tragedy; officials are still investigating what could have gone wrong but preliminary theories point to speed being a factor.

Walker was known for being a bit of an adrenaline junkie. He often filmed his own stunts in the Fast & Furious films, and in 2010, he starred in the National Geographic Channel series “Expedition Great White”, where he spent 11 days alongside a crew who caught and tagged Great White Sharks off the coast of Mexico. He made his debut in a Pampers commercial as a toddler and went on to appear in a wide variety of TV shows, including “Who’s the Boss?” and “Touched by an Angel”. He cemented his status as a heart throb in 1999 when he played a gutsy high school quarterback in the football drama Varsity Blues.

He continued to win over hearts in She’s All That and The Skulls, but he became a bonafide action star with his role as undercover cop Brian O'Connor in 2001’s The Fast and the Furious. Walker signed on without a screenplay having been written, as he grew up near some prominent drag racing areas in Los Angeles. He went on to appear in the sequel before taking a break from the third one but later reprised his role for the rest of the following three. He was in the midst of shooting The Fast & The Furious 7, which is currently delayed until the production team decides how to handle Walker’s absence. His next film, Hours, a drama set around Hurricane Katrina, will be released on December 13. His final film, Brick Mansions, is currently in post-production.

Many of Walker’s co-stars and colleagues have expressed their grief over the past few days. His co-star, Dwayne “The Rock” Johnson, sent out the following tweet: “All my strength, love, & faith to the Walker family during this heartbreaking time. We find our strength…in his light. Love you brother.” Universal, the studio behind the Fast & Furious franchise, sent out a statement regarding Walker’s death:

"All of us at Universal are heartbroken. Paul was truly one of the most beloved and respected members of our studio family for 14 years, and this loss is devastating to us, to everyone involved with the Fast and Furious films, and to countless fans. We send our deepest and most sincere condolences to Paul's family."

Another of his co-stars, Tyrese Gibson, tweeted: “My heart is hurting so bad. No one can make me believe this is real. Father God I pray that you send…” Video footage of his visit to the site of Walker's horrible accident has since gone viral.

Kind sentiments regarding Walker’s character have flooded both the web and the crash site. He will sorely be missed by his co-stars, friends, family, and dedicated fans. 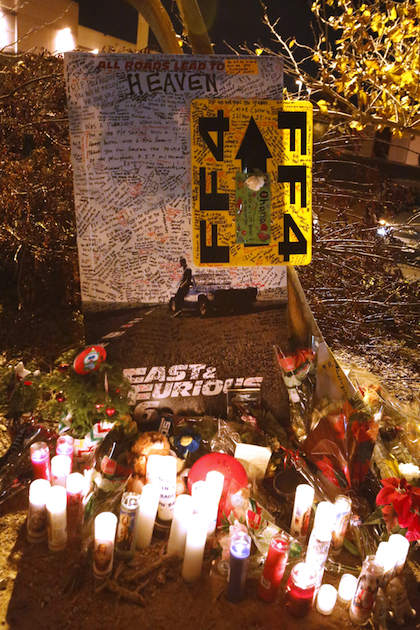