Ridley Scott Taking Us Into "3001" For New SyFy Miniseries 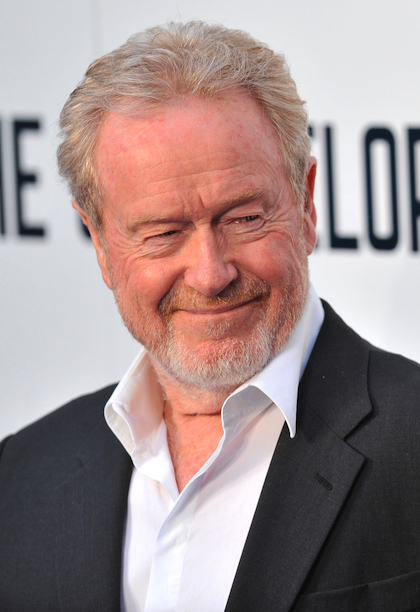 Alien and Prometheus director Ridley Scott is bringing us a science fiction epic miniseries that will be aired on the SyFy network in the not-too-distant future. The series, entitled “3001: The Final Odyssey”, is a direct sequel to the groundbreaking 1968 Stanley Kubrick film 2001: A Space Odyssey. Kubrick’s film is so groundbreaking that there are effects in the film that were overlooked during its time, such as an Oscar snub for costuming because of the too-realistic-looking opening scene, which features Earth’s first men that critics thought were actually monkeys and not, in fact, people in suits and make-up.

Like it’s predecessor, “3001: The Final Odyssey” is based on a novel by author Arthur C. Clarke of the same name that he wrote in 1997; however, it is not the first film sequel to2001: A Space Odyssey. Clarke wrote a book in 1984 called2010: Odyssey Two which was turned into a film helmed byTime Cop director Peter Hyams entitled2010: The Year We Make Contact. Well, 2001 and 2010 came and went, and we still haven’t made contact or flown through space and time or become star children, but both of these are still great films. 2010: The Year We Make Contact may not have been received as well critically as 2001: A Space Odyssey, but if you don’t compare 2010 to 2001 (one of the greatest films of all time), then it stands on it’s own pretty well as a fun space opera.

But what do we know about “3001: The Final Odyssey”? Well, Ridley Scott hasn’t said too much, but there have been other books in theOdyssey series that precede it, though no word yet on if they will play parts in this series. What we do know from the book is that the main protagonist is the “sidekick” that gets killed by the computer HAL (ask Siri about him) in 2001 named Dr. Frank Poole. In space, his freeze-dried dead body is revived and brought back to Earth to explore it in 3001. There are also details about the extraterrestrials that invented the black monoliths. Don’t know what the black monoliths are? You’ve certainly seen at least one before:

Clarke and Kubrick’s estates have both given the miniseries their blessings. Scott had some words of his own on working on this miniseries: "I have always been a fan of Clarke's extraordinary Odyssey series, and certainly Kubrick's adaptation of 2001. I am thrilled to be part of bringing that legacy to audiences and continuing the great cinematic tradition that this story and its creators deserve." You can tell he’s a huge fan of both Clarke and Kubrick by watching this one clip from his career:

Okay, maybe you can’t see the direct influence here, but it’s got space and stuff in it!