Rick & Morty and the Quest for McNugget Szechuan Sauce 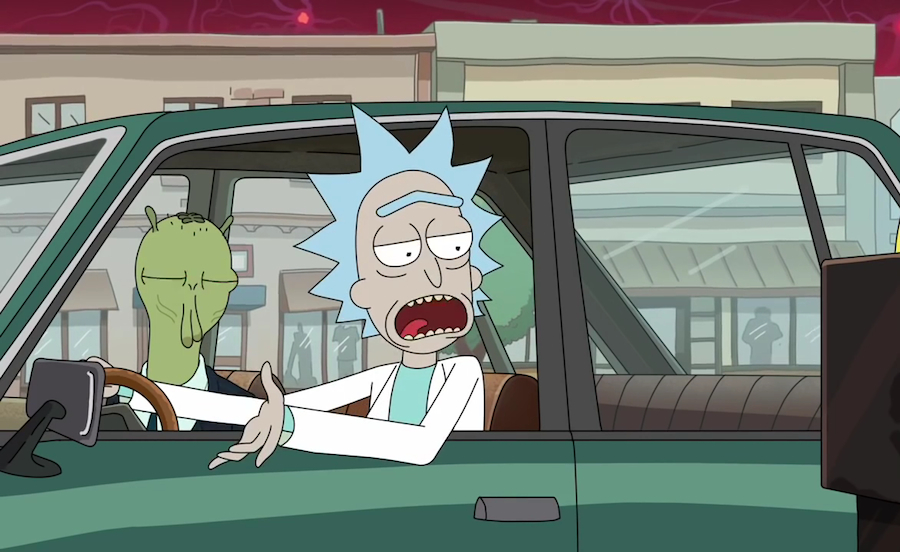 At its least, “Rick and Morty” is another in a string of bizarre Adult Swim shows with its zany plot lines and aggressively nihilistic message. At it’s best, though, “Rick and Morty” is one the best shows on TV with thought-provoking plotlines, touching storytelling, brilliant jokes, toilet humor, and its over-aggressively nihilistic message (seriously, it’s a big part of the show). After claiming in their Season 2 finale that they'd be going off the air for a year-and-a-half or longer, as well as rumors of the creators getting into heated arguments over what should happen in the show, April Fool’s Day was no joke on us “Rick and Morty” fans as Adult Swim aired the surprise Season 3 premiere episode.

It may have taken a long time, but this episode was airtight. They completely resolved the major cliffhangers from last season, had their classic mind-f#ck switch-and-bait storytelling, and overall gave us fans unanimously what we love about the show and hope for more to come. I seriously haven’t heard from a fan of the show that was even trying to be too cool for school and say that now the show is going to go downhill because it’s been away for too long. But this episode did raise the question of, is this show is even possible of that?

What “Rick and Morty” proved this past weekend is that it will always be ridiculous. Of course it has its poignant moments that could catch a sad stoner watching at 4AM crying, but the show is absolutely insane and does whatever it wants. It’s like every episode is jumping the shark, and it works! But the thing that has seemed to stand out the most, as it is printed on T-shirts throughout the Internet and is causing quite a discussion online, is Rick’s new-found love of McDonald’s defunct Szechuan dipping sauce:

It’s been nearly 20 years since Disney's Mulan graced the silver screens around the globe, along with the McDonald's tie-in Chicken McNuggets dipping sauce. Just scanning the Internet, I can tell you that it was a hit. Certain people have been asking for it to come back for years with no help -- until an adult cartoon show got the dialogue started again. There’s even people like me who were either too young to remember having it or never had it at all. Either way, the “Rick and Morty” crowd has spoken. They want this sauce that the captain of all their favorite sci-fi adventures loves.

We might be in luck on this front actually. One McDonald’s chef namedMike Haracz has tweeted out in response to the sauce’s renewed popularity, “I’ll see what I can do”, thus giving hope for a saucy future at our local McDonald’s drive thru. It should also be noted that the timing is quite eerie, with the live-action adaptation of Mulan due out in theaters by November 2018. Publicity stunt or not (pretty sure it’s not), we all want that sauce, so whether it’s this year or the next year in celebration of Mulan, we deserve to try this Szechuan sauce with our McNuggets.

Although the first episode of Season 3 premiered on April t, “Rick and Morty” will not actually be returning to the Adult Swim lineup with new episodes until summer of this year… and in Adult Swim’s typical fashion, we have no clue on the air date. Sorry, guys, it could be out on the first day of summer June 21, or we might all be sweating this summer out until a September 20 release. Either way, it might be just enough time for McD's to roll out that Szechuan Sauce again...

Until then, here’s the new promo for Season 3!