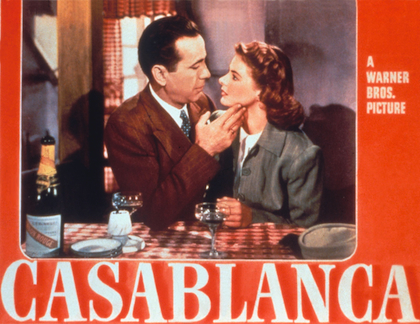 Let me preface this by saying that I AM NOT SUGGESTING THAT HOLLYWOOD ACTUALLY DO THIS! It’s just that recasting classic movies is something of a hobby for film nuts like me, and now you folks at home can join in on the fun. Since this is the first article in a series that will hopefully span a thousand generations, I thought that I would start with something small and slightly obscure -- 1944's Best Picture Oscar winner, Casablanca.

I should explain that I am not attempting to find actors and actresses that simply look like the people who originated these classic roles. The people below were chosen because I feel they can make the characters their own while still paying homage to the original source material. The name of the game is capturing the spirit of the original, and below you’ll see a group of actors whom I’m pretty sure can do just that! 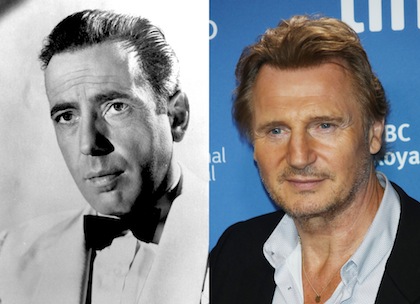 And... I lost you right off the bat with my first choice. Liam Neeson is perfect for this role, and you couldn’t convince me otherwise even if you somehow convinced me otherwise. After considering people like George Clooney, Johnny Depp, Bruce Willis, Josh Brolin, and Zach Galifianakis, I came to the conclusion that Neeson was the best fit. Rick is a cold and distant character that was once very passionate. He doesn’t let anyone get close because he allowed that to happen once, and he paid the price for it. Most of the actors that I listed above could pull off this role, but for some reason I keep coming back to Liam Neeson. I keep thinking of Schindler’s List, Taken, Rob Roy, Michael Collins, and Love Actually, and how if you take all of those performances and stir them together, you magically get the perfect person for Rick Blaine. You might be thinking that he’s too old for the part, but you must remember this -- a kiss is just a kiss. Well, that and the fact that the character of Rick is a weathered world traveler who had been helping freedom fighters for years before love eventually kicked him in the heart. A spring chicken is not what this role needs… it’s Liam Neeson. 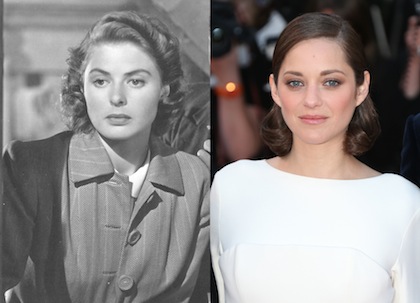 It took all of my will power to not go the easy route by casting Katherine Heigl in this role. Actually, to be somewhat fair, Marion Cotillard does seem like somewhat of a cop out, but you can’t really blame me. Look at those adorable cheekbones! Much like Liam Neeson, she has a classic look that fits well with the flavor of the story. Inception showed that she can play vulnerable and desperate, while Public Enemies proved that she looks natural in movies set around that time period. Also, she has proven herself to be an excellent actress when she has not been hoodwinked into participating in a superhero movie’s goofy twist ending. That being said, you should probably forget about her involvement in that last Batman movie if you want to be able to watch Neeson romance her without getting sick to your stomach. 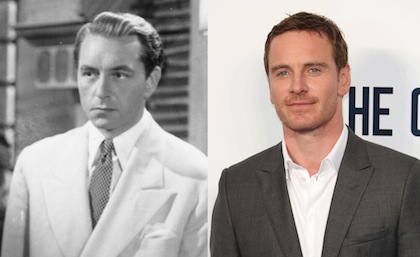 There is something about Michael Fassbender that is just perfect for this role. I think it was actually, of all things, his turn as Magneto in X-Men: First Class that kind of sold me on him. Laszlo is a man of conviction who is willing to do anything that is necessary in order to support his cause, and we saw plenty of that in Fassbender’s turn as the “Master of Magnetism”. Fassbender has the appearance of a man who will not give up, and that is just about the most important aspect of Victor Laszlo there is. I would also challenge you to picture him leading a band in a chorus of “La Marseillaise” and not think that he’s right for the role. 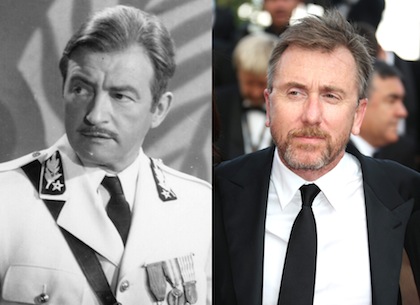 The character of Louis has two major attributes that must be adhered to by any actor that takes over the role: civility & treachery. Louis has the appearance of being one of the most polite men you will ever meet, even while he is soliciting sexual favors or threatening good people. So, why Tim Roth? You should really check out his performance in the movie Rob Roy and then you’ll see what I mean. Roth’s performance in that movie is pretty much what Louis would be like if he was just a villain and not the wild card character that audiences came to know and love. A sense of humor and a slight sense of righteousness is also important for the character. Check out Lie To Me or Rosencrantz & Guildenstern Are Dead and you’ll see that he’s got that going on as well. In the end, you’ll see that Tim Roth is more than capable of forging a beautiful new friendship between the character of Louis and the moviegoing public. 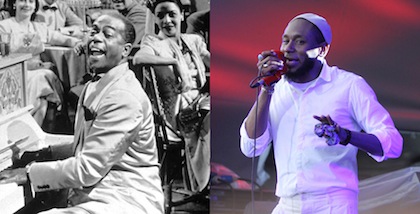 Aside from having a background in music, Mos Def is a damn fine actor. Check out his performances in Something The Lord Made and Hitchhiker's Guide To The Galaxy to find out what I mean when I say he has what it takes to "play it again" as Ilsa insists. 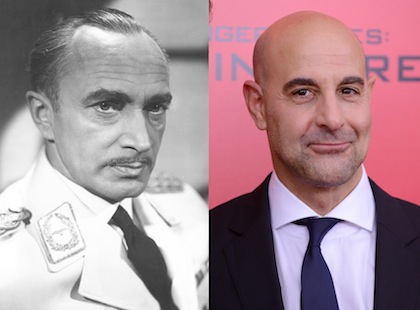 Lazy choice here. Watch the fantastic Mr. Tucci in Conspiracy and you’ll see why I cast him. You should probably agree with me. His picture is watching you.

Paul Giamatti made a career out of playing scum-bags before he went all Sideways on us. Check out The Negotiator to find out what I’m talking about.

I decided to go with the complete opposite on this one. Since I couldn’t think of anyone in Hollywood with the stature of Sydney Greenstreet, I thought I’d choose someone who had the complete opposite look, but could carry the role as if he was a man of impressive size. Also, he’d look downright cute in that little fez.

I’ve also casted several hundred actors in various background roles as well. I’d go into more details about them, but my fingers are tired from this little “keyboard dance” that they’ve been doing. Talk it over with your friends and let us know whom you’d like to play these iconic roles!