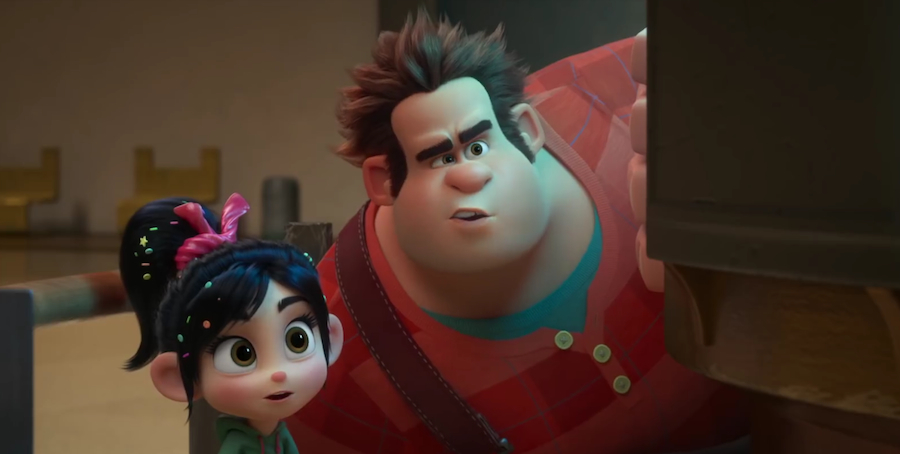 Ever wondered what it would be like to travel the Internet and see all its apps, websites, and games? Well, Wreck-It Ralph and Vanellope von Schweetz will do this and much more in their new adventure.

Disney just released the trailer for the Wreck-It Ralph sequel in which we will see Ralph and his friends literally break the Internet!

Ralph (John C. Reilly) and Vanellope (Sarah Silverman) will leave Litwak’s Family Fun Center and Arcade to go to the Internet once a WiFi router is installed. They will travel the inner web in search of a part to save Vanellope’s video game, Sugar Rush. The first trailer for this sequel shows the duo bumping into clickbait, games, an eBay auction, and apps. It even shows Ralph entering a game that feeds a bunny and a kitty, but it seems to take a wrong turn when he feeds the bunny a little too much.

And in case you were wondering, Fix-It Felix Jr. (Jack McBrayer) and Sergeant Calhoun (Jane Lynch) will be back. A new character, Yesss (Taraji P. Henson), a trendy algorithm, will help guide Ralph and Vanellope in the digital world.

Will Ralph and Vanellope save Sugar Rush? Will they find a way to leave the Internet?

We hope to learn the answers to these questions (which are both probably "yes", because come on, it's Disney) and get more sneak peeks of this animated film soon!