Quibi: What It Is and What Shows We're Most Excited To Watch! 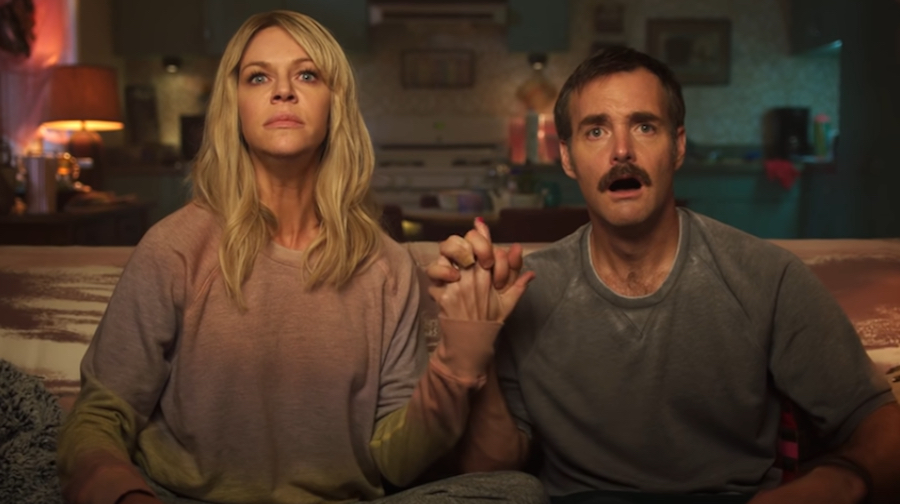 You’ve probably heard the word floating around for quite some time, major celebrities such as Chrissy Teigen and Sophie Turner have been endorsing the new platform, but what exactly is Quibi?

Broken down, it means “quick bites”, but essentially, TV shows and movies designed to be viewed on your phone for 10 minutes or less. The platform is set to go live on April 6, and they have quite a good line-up of series set to be released.

These are the shows we’re most excited to watch!

Sophie Turner’s next act after "Game of Thrones" is a series called "Survive", based on the novel by Alex Morel.

Set in a frozen landscape, she and actor Corey Hawkins (Straight Outta Compton) are the only two people to survive a plane crash. They must then set out in search of rescue, in hopes of survival.

Kaitlin Olsen ("It's Always Sunny In Philadelphia") and Will Forte ("The Last Man on Earth") attempt to become home Reno stars but instead stumble upon a huge amount of cash hidden in their first home.

Little do they realize, this cash belongs to a mobster, and in order to repay him, they must renovate his home! A hilarious dark comedy that supposedly draws inspiration from "Fixer Upper" stars Chip & Joanna Gaines.

Anything Chrissy Teigen touches turns to pure gold, and we’re pretty sure this new series won’t be any different.

In each episode, Chrissy is the judge over one small-claims case. While we don’t know much about this series yet, she did release a short clip on her Twitter, detailing her excitement for the upcoming series.

I am looking at rough cuts of “Chrissy’s Court” and it is somehow better than I could have ever, ever imagined. @quibi don’t be mad at me!! pic.twitter.com/gM0Hhp5bVU

Liam Hemsworth stars as a man with a terminal disease and no money to pay for treatment.

So, he seeks help from Christopher Waltz, who promises him $24.5 million if he will participate in a game where he is the prey of a deadly hunt. Based loosley on the short story by Richard Connell that many of you probably had to read in high school.

Jennifer Lopez is the executive producer of a show where celebrities gift $100,000 to an unsuspecting individual, who must then pay it forward to someone else in their life.

Celebs like Kristen Bell, Kevin Hart, and Yara Shahidi all make appearances. A sure-to-be heartwarming show that will bring tears to all our eyes.

Guys, this is something special!!!!! I’m soo excited to announce my new show #ThanksAMillion ... coming to @quibi on April 6! Stay tuned for more deets! ?✨

This much-anticipated series follows LeBron James's efforts to close the achievement gap in his hometown of Akron, Ohio, with the I Promise school. A series where he hopes to change the perception of urban education.

Which show(s) are YOU most looking forward to? Tweet us!