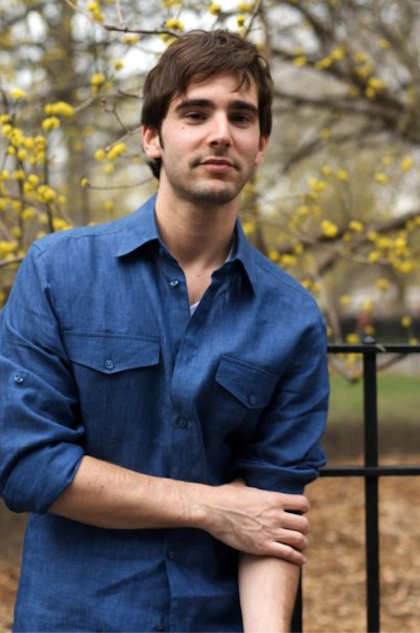 I feel like every time I watch a new movie trailer, I discover my new favorite song. Have you seen the trailer for Playing for Keeps? Ever wonder what that song is in the background? Well, that would be Mikey Wax’s new song, “Counting on You”. Mikey Wax, a New Yorker hitting the music scene, talks to us about “Counting on You”, his musical inspirations, and more! Check it out below, followed by an amazing acoustic version of his song. Oh, and watch the trailer for Playing for Keeps too!

YH: Your song, “Counting on You”, appears in the trailer for Playing for Keeps; how did you find out they picked your song? What was your reaction?

MW: It was pretty funny. I knew the song was being considered, but the person that was supposed to tell me it was selected had been out of the office that day. Later that night, out of nowhere, my phone started getting a ton of tweets and text messages, all saying they had just heard the song in the trailer on TV! It was exciting, and unexpected.

YH: How would you classify your sound?

MW: It definitely falls in the modern pop/rock category, in the vein of Coldplay or John Mayer, but I also like to incorporate a lot of the timeless sounds from music, such as The Beatles and '70s artists like Paul Simon, Billy Joel, and Elton John.

YH: Who are some of your musical inspirations? Have you met any of them?

MW: I grew up listening to The Beatles, and being a piano player from Long Island, I learned how to play every Billy Joel song early on. I got really into Dave Matthews and other jam bands for a while. I did get to meet and hang out with John Mayer once in Nashville. We bonded over the show "Curb Your Enthusiasm" and the awkwardness of the double-goodbye -- saying goodbye to someone then accidentally walking in the same direction as them.

MW: I just went to a delicious Mexican restaurant in the east village called Empellon Cocina. I dont eat red meat often, but my favorite steak house in NYC is Del Frisco's; it's incredible, and If you go, you must ask for the secret lemon cake not on the menu! As far as bars, I like any place that's laid back where I can actually have a conversation without losing my voice.

YH: Who do you listen to when you want to chill out and clear your head?

MW: I'm a big fan of indie rock bands like Fitz and the Tantrums, Mumford and Sons, and the Lumineers. I also like to clear my head by going for a run, and I always have a mix of Top 40 songs on there -- some Katy Perry, Taylor Swift, and, yes, the Bieber. Love it all.

MW: I like thinking of lyrics in the shower, so, more often than not, you would find me singing a new song I'm working on. Something about shampoo and conditioner just brings out the good lyrics.

YH: What do you do to prep for a performance? Any rituals before taking the stage?

MW: I have a few rituals. I usually play through the entire set backstage; that way, when I come out, it's like I've already been through it once and I'm warmed up. I also like to go on stage feeling sharp, like I'm going out for a night on the town with my friends. And for that, you need to have good breath. So, I have a habit of brushing my teeth and gargling mouthwash minutes before I go on stage.

MW: Being on the road and not being able to find a Starbucks.

YH: If you could tour anywhere in the world next, where would it be and why?

MW: I'm definitely long overdue for a tour in the U.K. My fans over there have been so supportive, and I'm hoping to go and play for them all soon.

YH: First fan frenzy moment? Tell us about it.

MW: I was on tour opening for Elliott Yamin from "American Idol". I had an aunt and uncle I hadn't seen in a while coming to one of the shows.  I went to say hi to them in the lobby of the venue before the concert when suddenly a fan started screaming and ran up to me in full Mikey Wax attire -- shirt, sunglasses, CDs in hand, etc. My aunt and uncle looked at me like I had 3 heads. They got a good laugh out of it.