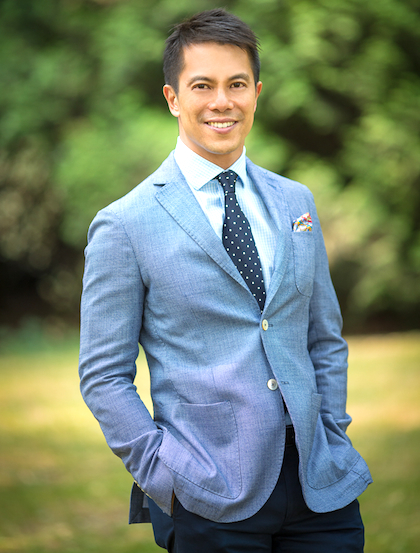 Talented actor Byron Mann currently stars as Chang on the AMC hit series, “Hell on Wheels”, now in its fifth and final season, which tells the tale of the construction of the railroads in America, a task that truly epitomized the phrase “the wild wild West”. Chang is a Chinese contract worker who brings other Chinese workers to work on the Central Pacific Line and is having a bit of trouble getting along with his less than accommodating caucasian co-workers. “Hell on Wheels” is, at the moment, the only Western on television, and the first to truly delve into what it was like to be a Chinese worker on the railroads.

In addition to "Hell on Wheels", Mann can also be seen in Paramount’s The Big Short, starring Brad Pitt, Ryan Gosling, and Steve Carell. He is also an accomplished martial artist who has shown off his moves in “Arrow”, Street Fighter, and The Man with the Iron Fists.

Originally from Hong Kong, Mann is unfailingly polite and highly intelligent. He gave me some great travel tips (I definitely need to visit Hong Kong) and warned me about the trials of law school. During our chat, he filled me in on where the inspiration for Chang came from, what it’s like to work with Steve Carell, and what happens when you run into a wooden box!

YH: Can you tell us a bit about Chang in “Hell on Wheels”, and what may happen in the next episode?

BM: This season introduces the Chinese workers on the Central Pacific Railroad Line that Cullen Bohannon, played by Anson Mount, switched to. He switched from the Union Pacific Line that runs East to the West to the Central Pacific, which runs West to the East. The Central Pacific Line has about 15,000 Chinese workers on it. Chang is the one who brings them from China to Truckee, this railroad town. He provides the right shops, restaurants, whorehouses -- he basically runs the town for the Chinese workers. What people forget is that he actually negotiates the rights of the Chinese workers. What will happen is that the agendas of the railroad workers, like Thomas Huntington and Hannen, and Chang’s agenda will continue to collide and the tension will escalate. In Episode 3, several Irish workers felt that their jobs were stolen by the Chinese workers. They went to Strobridge to vent. They were looking for trouble. One thing lead to another, and there was a fist fight, and they hung one of my men and killed him. They tried to kill me as well. I tried to seek justice from the railroad workers, since these Irish workers went back to their homes after they killed one of my Chinese men and almost killed me. I said that there had to be some retribution from these Irish workers, otherwise my Chinese workers will not feel safe working here. What happened was that they said there can’t even be a trial, because Chinese people cannot testify against white people. So, essentially, white people can do whatever they want and go back home. That’s where Episode 3 left off. The next two episodes will show what Chang ends up doing for what he thinks is correct. It’s a very intense period of time to live in.

YH: While your character is not based on any particular historical figure, “Hell on Wheels” is based on actual history. Did you do any research into what it was like for Chinese immigrants during this time in preparation for the role?

BM: I did some research. That research trickled onto the screen in a very haphazard way. During pre-production, I read some information about the workers. Chang is a contract laborer, and 15,000 Chinese workers were contract laborers. We’re just one TV show, so we are condensing all of these people into one person. In my research, I found out that Chang came from the Civil War in China. It was called the Taiping Rebellion. During the Taiping Rebellion, 30 million people were killed. That’s a lot of people. Troops would go into villages and towns, and if they opposed them, they would slaughter children, men, and women, and behead them. It was brutal. I figured that Chang is someone who has been through war, and that he’s a war-damaged individual. Even though he appears very clean-cut and dresses very nicely, I just said to the producers, "Maybe this guy is covering up. Maybe he’s just trying to reinvent himself. Maybe he has a scar on his face," so they added a scar on my forehead. I thought that, maybe underneath his clothing, there are scars on his body from years of war. When you’re in battle, you are going to have scars. You’re not going to look as though you came out of a spa in Santa Monica. Therefore, in Episode 1, they added a scene where, when Chang is shaving, you see his back, and you see a lot of scars on his back. That all came through research and a random conversation between the producers and myself. 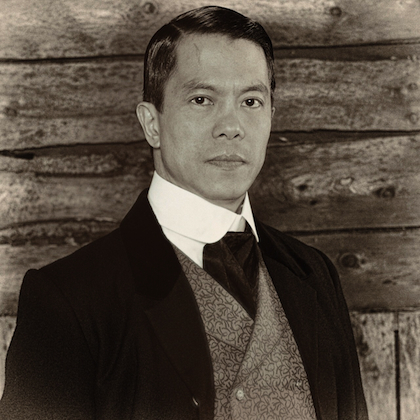 YH: What have you enjoyed about being on “Hell on Wheels”?

BM: I am actually in the middle of filming “Hell on Wheels” right now. I think that “Hell on Wheels” is a very unique television series. It’s unlike other television series in the sense that it’s a historical drama. Most of the characters are based on real-life people. For example, next Tuesday, I will be filming a scene with Collis Huntington, who was a real guy. He was a railroad owner and a very rich man back in the day. All of the actors are top caliber actors. I think it’s the only Western on television currently. For me, as an Asian actor to be on a Western, I never thought that would happen. I think it’s bizarre. But Chang is a great character. It’s also the first time that a Chinese railroad worker’s story has ever been portrayed in Hollywood. Everyone knows that the Chinese worked on the railroad, but there has never been any television series or films about that. This is the first time it’s been dealt with in an in-depth way. For me to do that, is quite an honor. Most of the railroad workers came from this village in China called Taishan. I’m from Taishan. My great-grandfather is from Taishan. There is serendipity to my involvement on “Hell on Wheels” which I’m very grateful for.