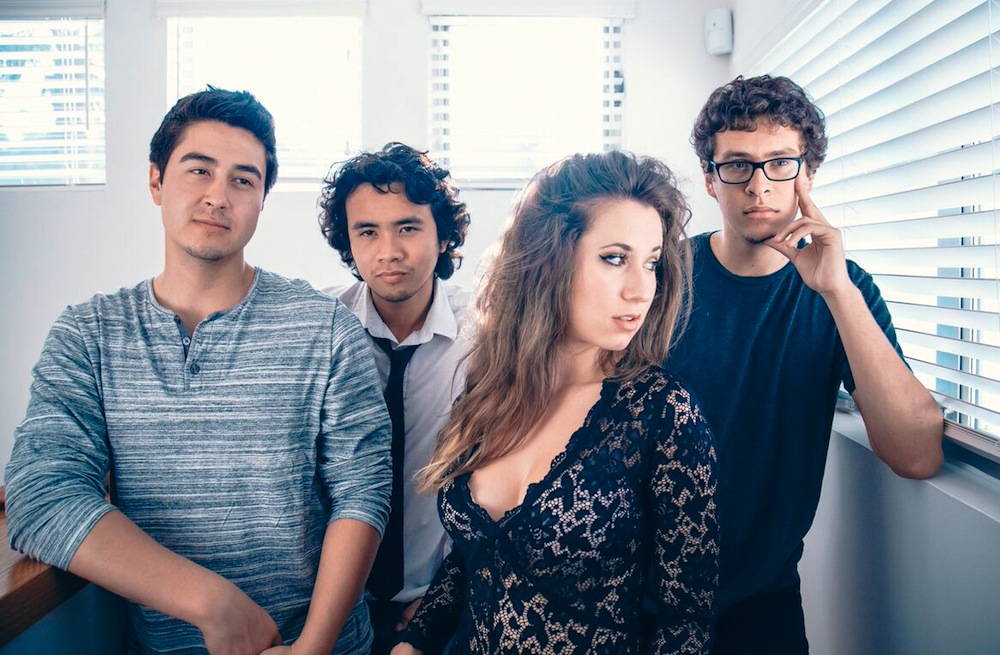 L.A.-based alternative rock band Mleo (pronounced muh-LEE-oh) is out with a new single entitled “Ridiculous”, following the release of their album Sunken City in 2014.

The group looks to a variety of music types for inspiration, including jazz, funk, indie rock/pop, R&B, hip-hop, and hard rock. They clearly have an interest in what music has done before them and have trained off that but are also shaping their own vision by not constraining themselves within traditional boundaries.

Their last album, Sunken City, works with a lot of different influences. You can hear the jazz tones on some tracks, the probable Red Hot Chili Peppers influence on others. Audrey’s clear voice and high range really gets set free on the track “How I Feel” with only an acoustic guitar backing, but she holds her own and leads the band in its unique direction regardless of how hard-hitting the songs get.

The song “Normal Guy” is a fun one for the subject matter, delving into a side of the dating life we don’t hear as much about in music. We’re locked and loaded on the heartbreak topic, but in this case, we get to hear a bit on those strange choices we make in relationships when things aren’t quite as straightforward: “I love you because I can’t have him / I should really let you go / My selfishness can’t seem to understand / That I shouldn’t treat you so”.

The new single “Ridiculous” finishes out a bit heavier on the rock but has a strong indie vibe throughout. The group seems to have their niche despite only being together for a few years. It’s now available on iTunes, Amazon MP3, Google Play, and Spotify.

Mleo can currently be found playing around town in Los Angeles. Check them out on Facebook.