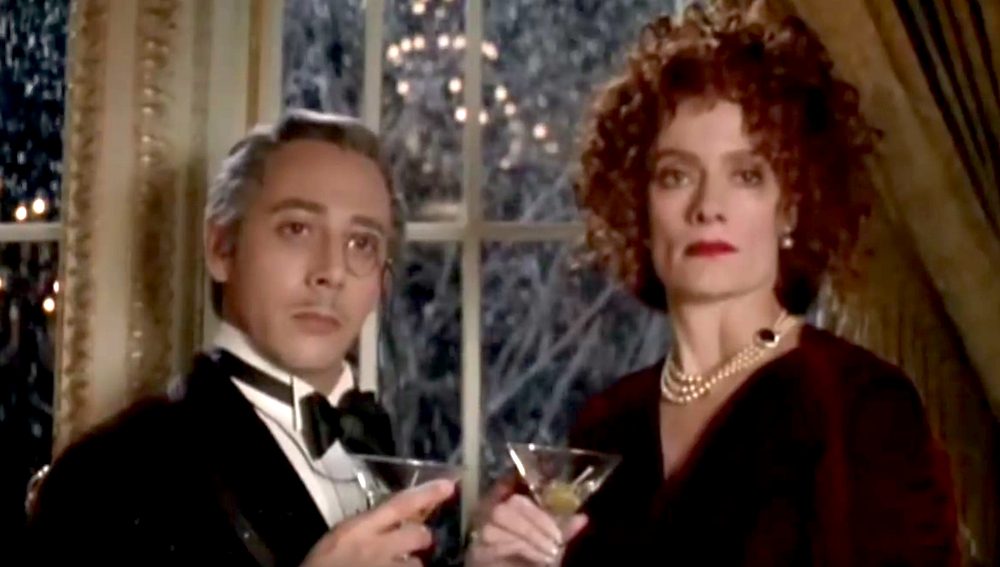 Actor Paul Reubens, best known for his alter ego Pee-wee Herman from the '80s movie franchise involving the quirky man-child character and the completely bonkers '80s kid show entitled "Pee-wee’s Playhouse", has had some tough times over the years. But things are about to change for Reubens. Not only is he making a new movie as Pee-wee called Pee-wee’s Big Holiday, Reubens is also set to appear on “Gotham” as The Penguin’s father. Here's the interesting thing though -- Reubens has already done this!

If you are only familiar with the Christopher Nolan Batman movies, then you most likely have never seen the Tim BurtonBatman and/or Batman Returns. (Fun opinion: “Gotham” is definitely more similar to Burton’s film than Nolan’s.) In Batman Returns, Reubens appears in the beginning of the film as The Penguin’s father, Tucker Copplepot, who, along with The Penguin’s mother, is not satisfied with their disfigured-looking baby boy, due to his deformed flipper-like hands and beak of a nose. They are also alarmed after finding their baby boy murdering the family cat. Being wealthy parents concerned with their high society status, they do what anybody in that position would do -- throw the baby in the river. You can figure out the rest since (SPOILER ALERT) The Penguin lives to fight Batman. But why just tell you about it when you can watch it?

Reubens's appearance in Batman Returns was brief, like many of his Burton cameos (though unlike his starring role in Burton's Pee-wee's Big Adventure), but helped inform the audience on the villainous Penguin’s background. Not many details have been revealed on what they will do with Reubens’s patriarchal character on "Gotham", but considering whom the character of The Penguin has always been and Robin Lord Taylor’s portrayal of him, it’s safe to assume that Tucker will not be too fond of his own son. Reubens has not commented on the role, but as Taylor has enthusiastically said during the announcement at New York Comic Con, “Pee-wee Herman is playing my dad! What the hell? Oh my god!”

One would hope that Reubens is just as excited. “Gotham” is a hit show, and with Pee-wee’s Big Holiday due out early 2016 on Netflix, a comeback by Reubens may be in the works as we speak. Will this lead to perhaps something different from Reubens in other works outside of his Pee-wee persona? Who knows for sure, but perhaps Jambi can help Reubens see into the future, so long as he says the magic words: