Peacock's "One of Us Is Lying" Adaptation Promises All The Thrills & Twists of The Book! 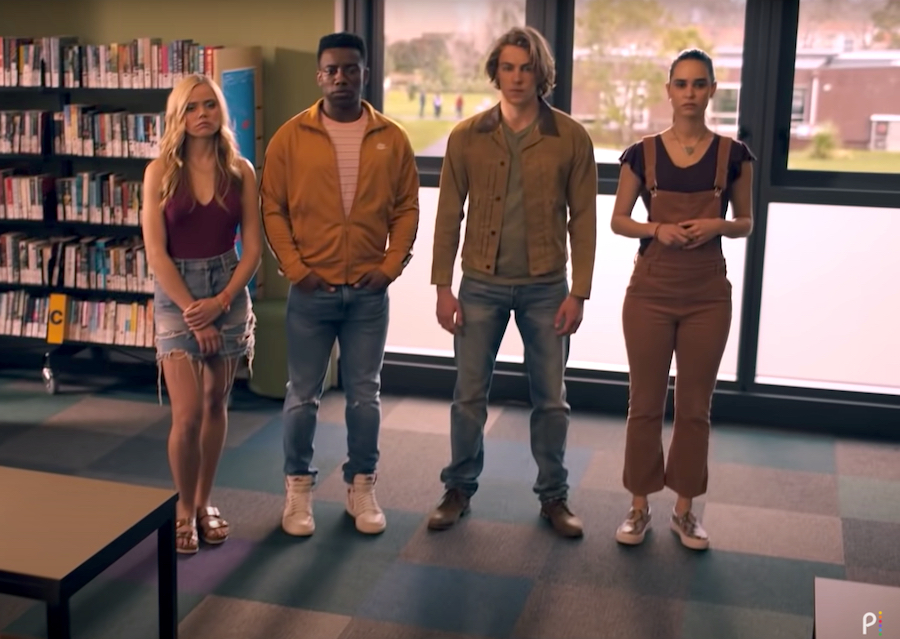 Five students walk into detention and only four make it out alive. What could have possibly gone wrong?! In Peacock’s trailer for "One of Us is Lying", anyone can be the killer, and all are hiding secrets in this upcoming teen mystery TV series. Based on the bestselling book of the same name by Karen M. McManus, "One of Us is Lying" is described as “Pretty Little Liars" meets The Breakfast Club. We're sold!

I remember reading the book a few years ago and becoming instantaneously intrigued by it; the book dismantled the stereotypes of the typical YA thriller and created new meanings of character development and perspective in traditional archetype roles like The Criminal, The Princess, The Jock, and The Brain. The book also delved deep into each of the characters’ lives and really made the possibility of any character being the killer look plausible. And, of course, the twist in the truth of it all was amazing.

One difference I quickly found from the book to the TV series was the narrator; in the book, it is told from first person POV of all the four students. In the trailer for the TV series, we are introduced to the narrator, Simon, who is the victim that we soon find will fall to his death very shortly. It’s a very interesting shift and I’m excited to see whether he will remain the narrator for the entirety of the series, or only for a selected amount of episodes. I’m also interested if the TV series will incorporate the other four students, Bronwyn, Nate, Addy and Cooper, as narrators throughout the series as well.

A post shared by One of Us Is Lying (@oneofusislyingpeacock)

In the trailer, we are introduced to Simon, who we learn is actively involved in exposing people’s drama and gossip on social media at Bayview High School. He was planning to take down four of “Bayview’s biggest offenders” and reveal their darkest secrets with enough dirt to “bury them”. Ironically, however, Simon is the one who will get buried soon; he is killed on the first day of school in detention, coincidentally with the same four students he was planning to take down. But who will go so far as to kill just to protect some secrets?

Apparently, each of the four students that were with Simon in detention had their motives; they all hated him, and it could have easily been any one of them that killed him. They are all suspected of killing him and are involved in a very complicated investigation. Truths, lies, twists, and turns unfold as everything devolves into chaos by the end of the trailer.

A post shared by One of Us Is Lying (@oneofusislyingupdates)

Well, what is a secret that's worth killing for? You can find out soon! "One of Us Is Lying" is set to premiere on October 7 with eight total episodes which will span out over three weeks with new episodes releasing each Thursday.