Paramount Surprises Everyone with Trailer for 'Cloverfield' Sequel! 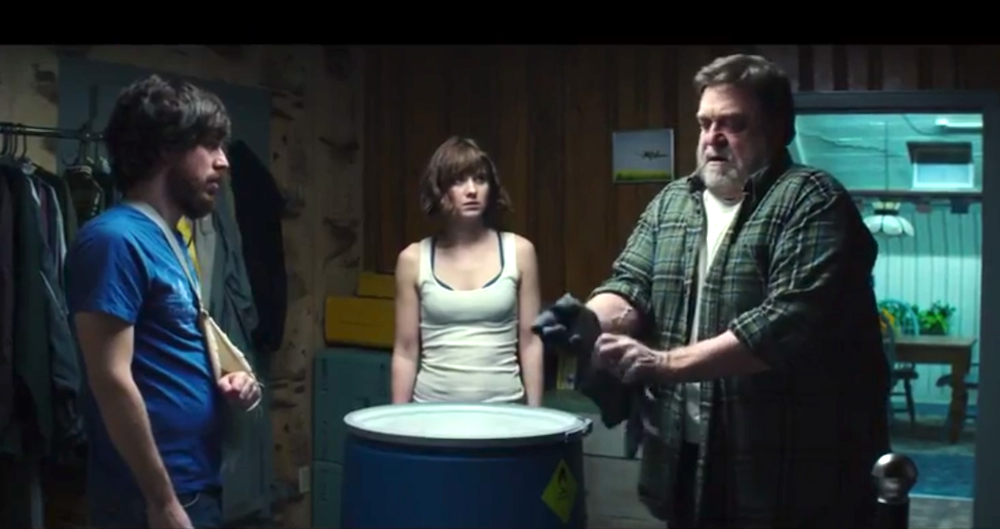 Did you know there was going to be a Cloverfield sequel? It’s okay, neither did anyone else!

This morning, Paramount dropped a monster-sized bomb on us by releasing a full trailer for a movie we literally didn’t even know was happening – 10 Cloverfield Lane, a sequel to the hit 2008 horror flick.

Now, strictly speaking, this isn’t so much a sequel as it is a spin-off, seemingly taking place in the same universe as the original film but in a different location and with different characters, and also filmed traditionally instead of the “found-footage” style of the first film.

The overall vibe of the film appears to differ greatly from the original as well – while the first film was a straight-up monster movie, following a group of friends as they wended their way through the streets of Manhattan as a giant monster wrecked havoc on the city, 10 Cloverfield Lane is shifting focus to the monsters within us, showing what happens when a few people are shackled together in cramped corners in order to survive. Check out the trailer below to see what I mean:

Clearly this film is going to be more of a psychological thriller than it’s horror movie predecessor, which, let’s face it, is a very risky move but also an unusual one. It’ll be interesting to see how this pans out!