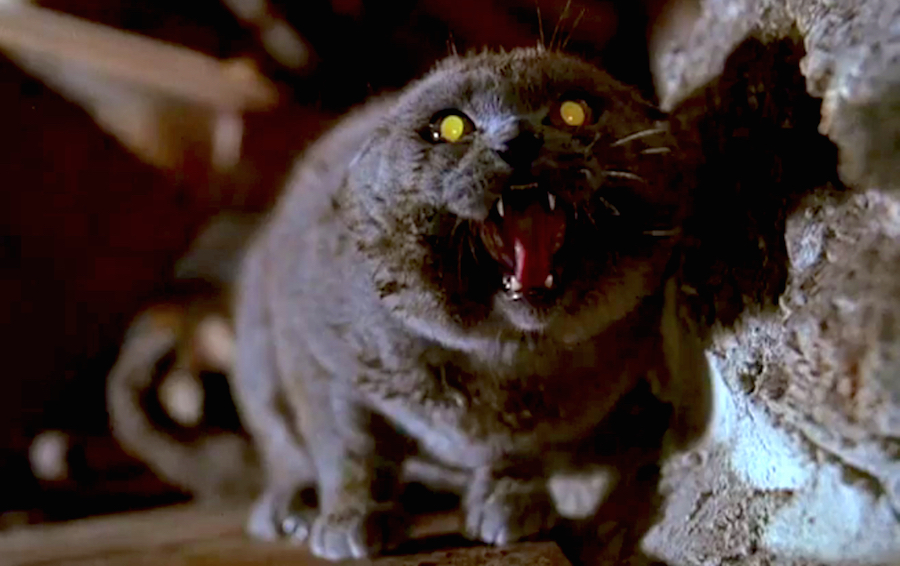 I hate to use the word "remake" but that’s what everyone else is using for this. Much like It, I feel like this is more of a new adaptation and is based on a Stephen King novel. This one revolves around the death of a little boy and his father’s need to resurrect him by burying his body in an “Indian burial ground” (Native American today; the '80s didn’t know any better), but then things go wrong as they always do on haunted Indian burial grounds.

Now, before getting into the new film, let me just say this about the old film… it’s bad. When I say it’s bad, however, I mean it’s also good in how spectacularly ridiculous it is at times. But I’ve also seen it and will continue to see more times than I’ve seen what is considered the best King adaptation, Shawshank Redemption. It’s also somewhat of a cult classic to certain people like myself and apparently the “South Park” guys Trey Parker and Matt Stone, as they have lifted plot details and direct quotes from the film and have notoriously used one of the best movie characters of all time named Jud, played by “The Munsters” actor Fred Gwynne.

Here is Trey Parker as Jud in “South Park” (with some more Fred Gwynne for more comparison/classic lines):

Now Pet Sematary is being made again by Paramount with a release date set for April 19, 2019 (a family resurrection horror just in time for Easter!). Over the years, the novel has interested the likes of Guillermo del Toro, who has said it’s the most frightening book he’s ever read, as well as the siblings behind this year’s version of It,Andres “Andy” (director) and Barbara (producer) Muschietti. Instead, Paramount has chosen the horror movie directing team of Kevin Kolsch and Dennis Widmyer. While I am not familiar with Kolsch and Widmyer’s work, it should be noted that Muschietti only had one modest hit under his belt in the 2013 Mama. With a bigger budget he and his sister made what people call the best King horror adaptation ever (although I’m quite partial to The Shining and Carrie).

With this April 19, 2019, release date fast approaching, the question hangs in the air: who has been cast in this film? And more importantly, who will play the coveted role of Jud? None of that info is available at this time, but if I could put in for who I think should play the hapless old farmer, I would say my friend’s dad Artie. Not famous enough? Fine… Gary Oldman. May seem like an odd choice, but the guy is nuts and can play any role at any age. He might be a tough get but honestly I think Oldman would be great to play this old man and it’s not just because of his last name. Until then, all we can do is wait until April 19, 2019, to see if it’s a hit or, like the movie says, if dead is better.