Our Top 5 Most Anticipated Films Premiering at The Venice Film Festival! 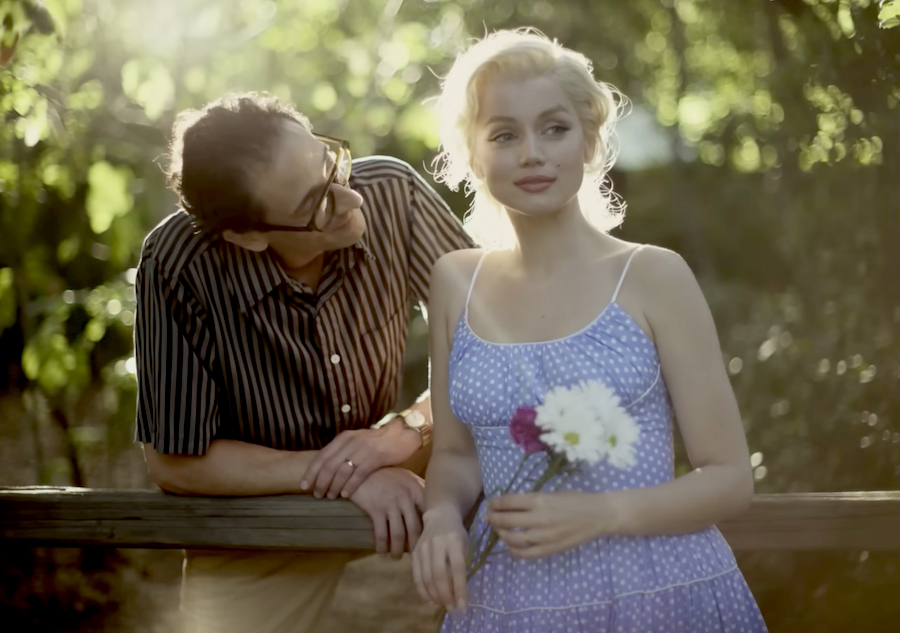 The 79th Venice Film Festival is almost here! Kicking off Wednesday, August 31, and running through September 10, the nearly 2-week-long event boasts an incredible line-up that has us excited already. Known to debut many films that go on to become nominated for numerous Academy Awards, the Venice Film Festival is definitely a big deal. To get ready for the event, we’ve compiled a list of the top films we’re most excited for!

The highly-anticipated Marilyn Monroe semi-biopic is both premiering and competing in the 79th Venice Film Festival competition. Starring Ana de Armas as Marilyn, the film follows the movie icon’s rise to fame and the consequential struggles of a life in the spotlight. Netflix recently released the official trailer, giving us a glimpse at the stunning yet heartbreaking story of Marilyn Monroe’s life. The film will be available to stream on Netflix September 23!

2. Bones and All (dir. Luca Guadagnino)

Director of Academy Award-winning film Call Me By Your Name, Luca Guadagnino has teamed up with Timothée Chalamet once again to create a coming-of-age romance, but this time with an element of horror. The film also stars Taylor Russell, and while there is no official trailer yet, the film stills already look beautiful! Bones and All will hit theaters on November 23!

Director of several iconic films such as Black Swan and Requiem for a Dream, Darron Aronofsky’s film will premiere and compete at the Venice Film Festival. This film marks the return of Brendan Fraser in a major role after a long hiatus from acting, and also stars one of our "Stranger Thing"s favorites, Sadie Sink. The film follows the journey (and struggles) between a father (Fraser) and daughter (Sink) to reconnect after growing apart. No wide theatrical or streaming release for The Whale has been announced yet, but hopefully it will be picked up soon by a distributor!

While this film isn’t part of the competition, it is set to premiere at the festival! Florence Pugh and Harry Styles star as the seemingly perfect couple with the perfect life; however, this psychological thriller slowly starts to reveal the twisted truth of their lives and community. Watch the official trailer now and see it in theaters September 23!

Also out of competition, Ti West’s prequel to his latest release X will premiere at the festival as well. The film follows the murderous journey of a young woman, Pearl (Mia Goth), in her desperation and attempt to become a star. The official trailer certainly lives up to slasher expectations. Pearl will be in theaters September 16!

Which films are you most excited to see?!