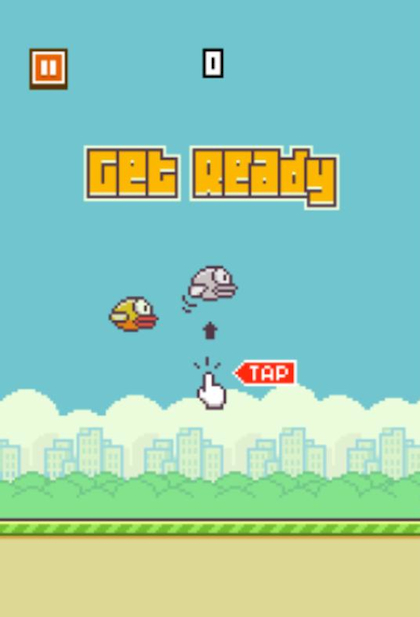 In past couple week or so, a new smartphone app called Flappy Bird has taken over the lives of many iPhone and Android users. This is by no means an exaggeration.

For the lucky few that have not yet downloaded and played this tragic game, I will explain. Flappy Bird is simple. There is a bird that “flies” (well, more like hops) through green obstacles that look like the pipes in Super Mario Bros. The player taps their screen and the bird flies higher. If you hit something, you lose. Pretty simple, right?

NO! There is a huge learning curve in this game. Getting used to the height of the bird's flight as well as the distance of each tap would take the bird proves to be more challenging than it seems.

The first ten times I played, my high score was 1. And, not to be cocky, but I am pretty good at these iPhone games. It took me a long time to get my scores up slowly moving from 4 to 7 to my current high score, 14. Yeah, I know. It’s not that impressive. I have a friend who scored 127, and he definitely got some hate for it on Facebook. One of his friends said, “Get a life.” But then he replied, “I have one…in Flappy Bird.”

The game is fun, don't get me wrong, but it is also infuriating; I’ve heard some people say "satanic". (Obviously joking and bitter from their low scores.) Regardless, since Flappy Bird went viral, there’s already a huge flux of reactions to the game.

Some people have created animations for the game…

Warning: It gets a tad bit graphic towards the end.

My personal favorite is another game in response to Flappy Bird. You can play it here.

And trust me. It’s just as fun as the original.

So, you can see that Flappy Bird is quite the controversial new game trend. A boy even reportedly stabbed his brother over the game because his brother was teasing him for getting a higher score than him. Let’s please all remember that FLAPPY BIRD IS JUST A GAME! Have fun! Don’t hurt anyone! Especially don’t stab or kill anyone.

Who knows what new unanticipated game or video that the public will pop up next. But until then, happy flapping, everyone!

UPDATE: We have just learned that the creator of Flappy Bird has removed it from the App Store! And now we're suffering serious withdrawals...!!!