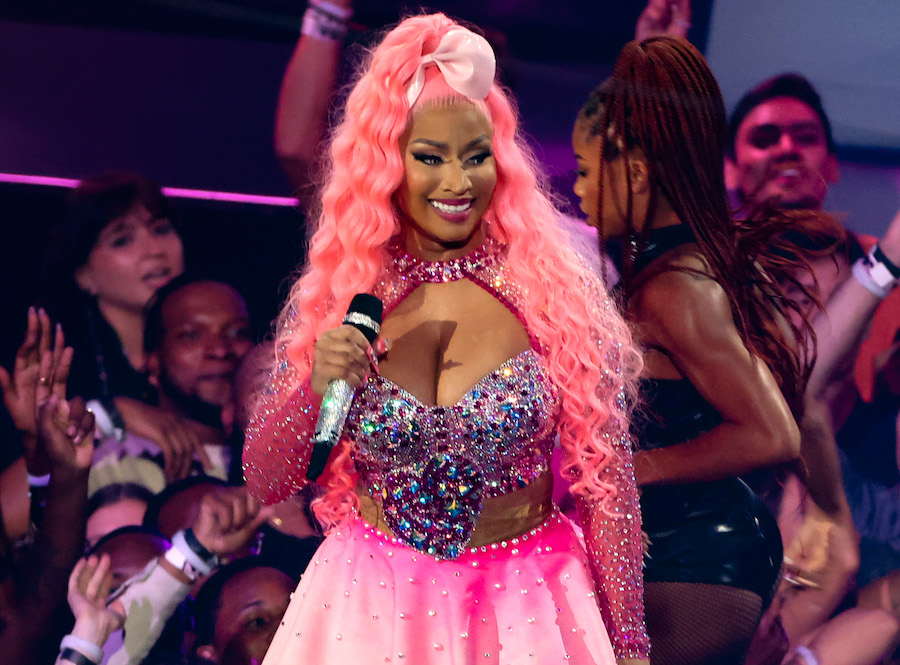 Since Nicki Minaj made her first appearance at the MTV Video Music Awards in 2010, there has been no question about one thing: she does it quite like nobody else! And I'm sure the Barbz won't disagree with me on that one! The rap star's look isn't simple, which is not surprising, given that she is known for having a big personality and alter egos that she expresses through her over-the-top wardrobe and music. She loves bright colors, abstract designs, and accessories that draw attention. For example, she wore 2 very distinct hot pink outfits to this year's VMAs: one was a floor-length gown, and the other was a miniskirt. If this doesn't scream "Barbie", then I don't know what does.

With that being said, let's look at Nicki Minaj's Top 3 Pink-alicious VMA outfits!

Minaj took the stage in a spectacular bright pink satin Dolce & Gabbana gown with an embroidered bodice to accept the award for Best Hip-Hop Artist at the 2022 Awards, and she went all-out Barbie with matching hair, nails, heels, and bling.

The following night, when she accepted the Vanguard Award, she wore yet another stunning pink ensemble. She accessorized her pink ombre miniskirt with pearls and a holographic diamond cut-out top. She rounded out the look with a latex bow in pastel pink and black combat boots with pink laces.

Now that’s how you accept a Vanguard Award in pure Barbie fashion!

Nicki Minaj showed up to the MTV VMAs in 2017 in a skin-tight bubblegum pink latex jumpsuit with cleavage cutouts, the kind of dress she could only pull off with her killer curves. And to top of the already seductive outfit, she paired it with a diamond collar choker. Now that’s icy!

The nominee for Best New Artist made her debut at the VMAs 12 years ago, when she took the stage with Will.i.am for a pre-show performance. Nicki was dressed in a jumpsuit made of purple spandex and black boots.

Which Pink-alicious VMA outfit is your fave?