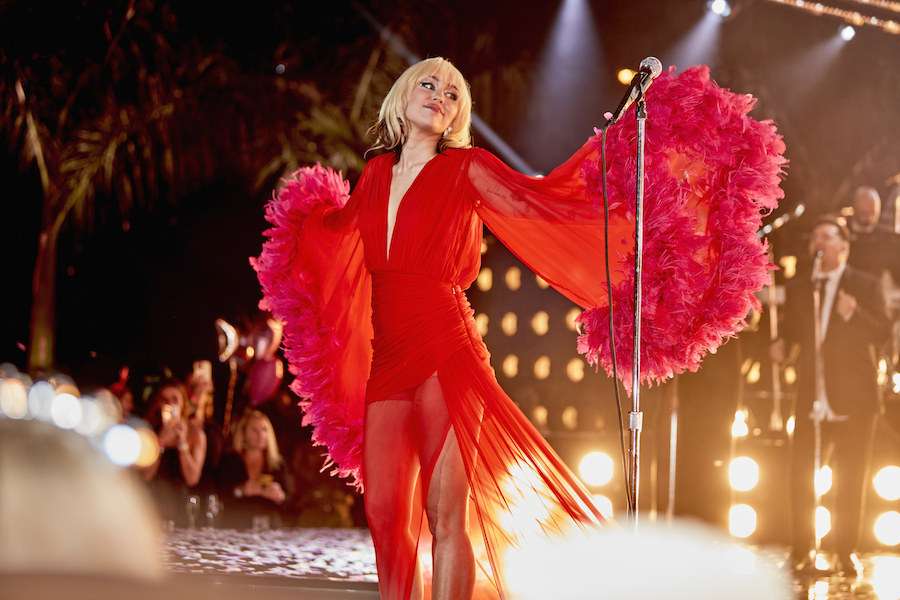 Before we dive into the possibilities of 2022, let’s just take a short rewind back to New Year’s Eve 2021, shall we? From "Dick Clark’s New Year's Rockin’ Eve" celebration, "Miley’s New Year’s Eve Party", and celebs sharing their festivities on social media, there’s just so much to discuss!

Kim Kardashian: Kim K shared a selfie blowing a kiss at viewers on Instagram with a sparkly necklace and an even sparklier intent of a caption about positivity and productivity. Let’s all manifest great things for 2022!!!

KJ Apa and Clara Berry: Here’s a shift of celebrations -- "Riverdale" star KJ Apa and girlfriend Clara Berry spent their NYE at a hospital. In the comments, KJ wrote: “No we’re not having another baby” “Yet” ???

Omarion: Singer Omarion reacted to the "Omicron"jokes on New Year's Eve with a speech posted on Instagram. He cleared up the “confusion” and wanted everyone to know that he is unrelated to Omicron and wished everyone a happy new year.

Miley and Noah Cyrus: During “Miley’s New Years Eve Party” on NBC, Miley Cyrus surprised the audience by bringing out her younger sister, Noah, to sing a cover of Dolly Parton’s "Jolene". We absolutely love this sister duet!

Jack Harlow: Also on “Miley’s New Years Eve Party” was our celeb crush and yours Jack Harlow, who performed a medley of some of his top hits on stage. We’re definitely looking forward to hearing more music (and seeing more of his face, of course) this year!

Ashanti and Ja Rule: Throwing it real back, Ashanti and Ja Rule reunited for “Dick Clark’s New Year's Rockin Eve” in New York City, performing some of their past hits such as “Always On Time” and “Mesmerize”. Paired with the outfits they wore, this definitely brought us back to the early-2000s! They also were last-minute additions to the lineup and still killed it!

Avril Lavigne and Travis Barker: Another throwback, and giving us all the nostalgia, was Avril Lavigne, who was also part of “Dick Clark’s New Year’s Rockin’ Eve”. She performed an early fave, “Sk8er Boi”, accompanied by Travis Barker on the drums. This is just bringing us back to 2002 all over again!

Well, that’s all for this year (or, should I say, last year)! What was your favorite performance on NYE or your favorite celebrity celebration?