Oscar Race Score Card: Who Has the Advantage Based on Other Award Wins? 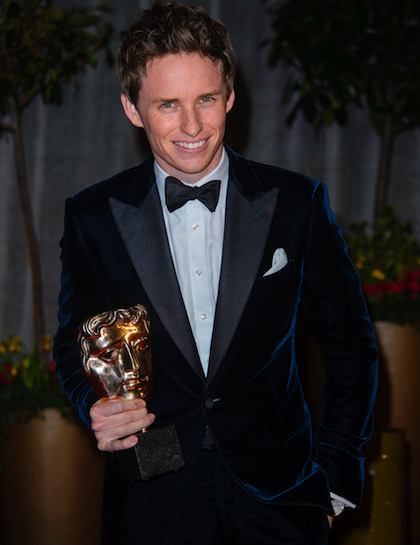 The promos are airing, the bloggers are wondering who will wear whom, and traffic on Hollywood & Highland is already a mess... it’s time for the biggest awards show of the year! This year’s Oscars race is closer than ever thanks to eight different and all very deserving Best Picture nominees. It’s a bit difficult to tell who will take home the coveted prize, but thanks to all of the previous accolades handed out this award season, we can make a few educated guesses:

The Race for Best Picture:

It appears that Boyhood is in the lead. The film won the BAFTA award for Best Picture, as well as the Golden Globe for Best Motion Picture Drama. It’s also a favorite among critics, and usually the critics faves sweep the awards. However, let’s not underestimate the power of Selma, which has only been nominated for Best Picture as well as Best Song, as well as Birdman, for which Alejandro González Iñárritu won a Director’s Guild Award.

The Race for Best Director:

Judging from the previous award shows, it seems like this race will come down to Boyhood and Birdman.Richard Linklater, the director of Boyhood, has won the Golden Globe for Best Director and the BAFTA for Best Direction, both of which have an impact on the Oscars. However, Iñárritu won the Directors Guild Award, which no one saw coming. These two are neck-and-neck with each other.

The Race for Best Actor:

It’s a little harder to nail exactly who will win for Best Actor. It seemed like Michael Keaton was a shoe-in for his role in Birdman -- he is a favorite among critics and audiences and he won the Golden Globe for Best Actor (Comedy or Musical) as well as a Critics Choice Award. Then British cutie and star of The Theory of Everything,Eddie Redmayne, swooped in and won the Screen Actor’s Guild Award for his performance as Stephen Hawking. However, let’s not count out Bradley Cooper; he’s been nominated for multiple Oscars and never won, and his performance in American Sniper has earned acclaim from critics and audiences alike. My apologies to all the Cumberbabes out there, but I just don’t think it's Benedict Cumberbatch's year. Not to worry, though, we’ll still get to ogle him on the red carpet.

The Race for Best Actress:

Unlike the race for Best Actor, the race for Best Actress doesn’t have quite as many variables. It is highly likely that Julianne Moore will win for her role in Still Alice.  Queen Ginge (as I like to call her) has pretty much won every major award that is out there -- the BAFTA, the Golden Globe, the Screen Actors Guild, and the Critics Choice Award for Best Actress. Those are some strong odds in her favor (and yes, I did just make a Hunger Games pun).

The Race for Best Supporting Actor:

Similar to the race for Best Actor, there isn’t much of a doubt as to who will reign supreme in this category. J.K. Simmons turned in an impressive performance as a sadistic teacher in Whiplash, and the award circuit seems to agree: He has won the BAFTA, the Golden Globe, the Screen Actors Guild Award, and the National Society of Film Critics Award for Best Supporting Actor. All of those wins should suit his tempo.

The Race for Best Supporting Actress:

The Race for Best Original Screenplay:

This one seems far less predictable. For a while, it seemed as though it would be another showdown between Boyhood and Birdman. However, the race took a shift when The Grand Budapest Hotel won the BAFTA for Best Original Screenplay, as well as the Writer’s Guild Award. All three had unique scripts and have won their fair share of writing awards, so this one is a tough call.

The Race for Best Adapted Screenplay:

This is easily the most unpredictable out of all of the races. The Theory of Everything recently won the BAFTA for Best Adapted Screenplay, which created a shock --The Imitation Game was the favorite to win. However, even though Whiplash has not yet won a writing award, the film is a favorite among critics, which bodes well for the Oscars. Despite The Theory of Everything’s win at the BAFTA’s, The Imitation Game did win the Writer’s Guild Award for Best Adapted Screenplay. This is certainly the race to watch!

Who do you think will take home an Oscar on Sunday?