One to Watch: Jodie Whittaker 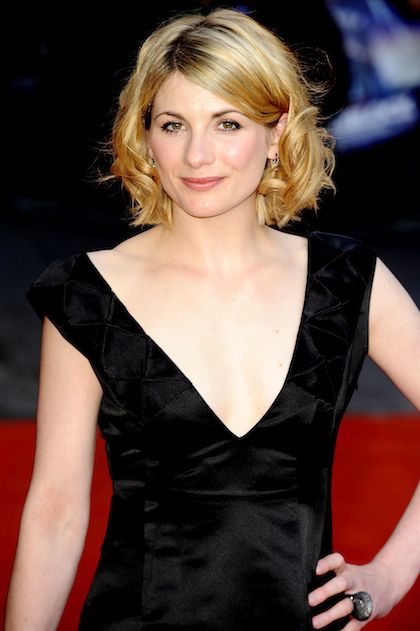 Classically trained British actress Jodie Whittaker may be this summer's least likely action hero.
In the horror/comedy mash-up Attack the Block, which has been riding a wave of fanboy buzz from across the pond, Whittaker plays Sam, a young nurse and new tenant of a low-income South London apartment complex (the "block") who gets mugged by a gang of local kids just as a horde of monstrous aliens touch down, quickly devouring every human that gets in their path. Trapped together in the block, Sam and her attackers reluctantly team up to survive the gruesome onslaught.
It was an interesting challenge for Whittaker to work with a cast of inexperienced youths plucked right out of drama classes. She bonded with the boys, who did group workshops to develop their characters, and it's evident on-screen as Sam and her attackers develop a mutual respect for each other out of an unlikely alliance.
Attack the Block, a kind of distant cousin of Shaun of the Dead, has been a hit in the U.K., but many wondered if the thick British accents would be an impediment to U.S. success. The film, which has been embraced by critics here (it's at 89% on Rotten Tomatoes), is currently in limited release.
Whittaker, an up-and-coming actress who will also be seen opposite Anne Hathaway and Jim Sturgess in the romance One Day (opening August 19), is perhaps best known for starring opposite screen legend Peter O'Toole in the touching 2006 drama Venus, for which O'Toole was nominated for a Best Actor Oscar. For Venus, Whittaker herself was nominated for Best Newcomer of the Year by the London Film Critics Circle and Most Promising Newcomer by the British Independent Film Awards, and received a nomination for Best Actress in a Comedy or Musical from the Satellite Awards (given by the International Press Academy, a rival group to the Golden Globes). It was a whirlwind for Whittaker, who had landed the role just after graduating from the Guildhall School of Music and Drama in London.
Since then, she has co-starred with Viggo Mortensen in the Holocaust drama Good and has appeared in many British television productions, including "Tess of the D'Urbervilles," starring GemmaArterton, and "Cranford," starring Judi Dench, both of which aired on PBS in the States. Whittaker also played receptionist Beverly in the popular British St. Trinian's comedies, set at an all-girls boarding school, which didn't get much of a theatrical release in the U.S. but featured many rising British stars, including Arterton, Lucy Punch, Juno Temple, and Lily Cole. Most recently, Whittaker starred in the BBC adaptation of Sarah Waters' WWII novel The Night Watch.
In One Day, based on the recent bestseller by David Nicholls, Whittaker plays Tilly, the university friend of Emma (Anne Hathaway) and Dex (Jim Sturgess). (Keep an eye out for the scene where Tilly drunkenly sings Robbie Williams' "Angels" at a wedding reception.)
Whittaker will next be seen in the British crime tale Ashes, also starring Sturgess, as well as another on-the-cusp Brit, Luke Evans (the upcoming Immortals and The Three Musketeers). Although Whittaker has worked mainly on the other side of the Atlantic, it won't be long before Hollywood catches this rising star.
(Image via JMAB/VMAB/WENN)
- Andre Chautard, YH Staff