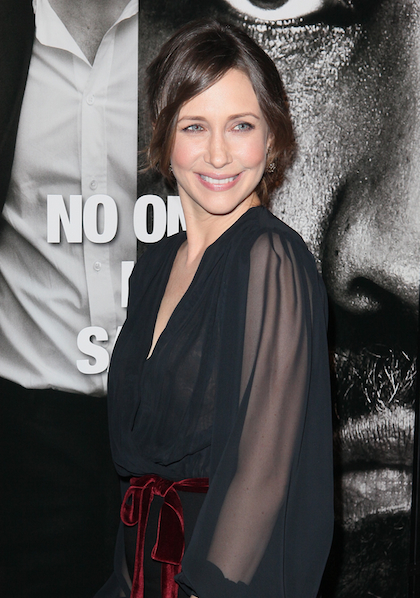 Our girl Vera Farmiga is, not surprisingly, mostly seen on screen as the doe-eyed ingénue or damsel in distress. It’s no wonder, with her pleasant, almost comforting face, who could ever mistake her for something other than perfectly lovely and agreeable?

Well, shiz is about to get a whole lot darker in Ms. Farmiga’s on-screen world, thanks to a sweet new gig she just booked on a highly-anticipated project. It has just been announced that Vera will be taking on the role of Norman Bates’s cray-cray mom in the A&E prequel series “Bates Motel”! Knowing what we already know about this particular Mother-Son relationship, it won’t end well. But in this series, we will get to explore how it came to that.

Mother Bates is one of the most notorious villains in cinema… and yet, we never really get to see her! We only know Mother through the twisted perspective of Norman, who killed her (and her lover) several years before the events of Psycho take place and then absorbs her persona into his own in an effort to keep her “alive”… and make anyone else who threatens his delusion very, very dead. Through “Bates Motel”, we will get a richer back story and see, once and for all, what this woman was all about.

As I’ve mentioned before, a prequel, of sorts, already exists in a 1990 TV movie, Psycho IV: The Beginning, featuring Henry Thomas (of E.T. fame) as Little Norm and Olivia Hussey (Zeffirelli’s Romeo & Juliet) as Mother. Even with the inclusion of Anthony Perkins and original Psycho screenwriter Joseph Stefano, I never particularly cared for this film; for starters, many details that were revealed about Norman’s childhood in the original movie were completely erroneous in this film! (Odd, considering both movies were written by the same man!) I’ve heard reports that “Bates Motel” will also play around with the canon a bit, but I can forgive that since none of the original players will be involved. And with this casting of Vera as the central character, I am more stoked than ever! I’m super intrigued to see how Vera will redirect her natural sweetness into one of the worst mothers this side of Joan Crawford!

“Bates Motel” will premiere next year.