Now Is The Time To Give Nebula a Bigger Role In The MCU! 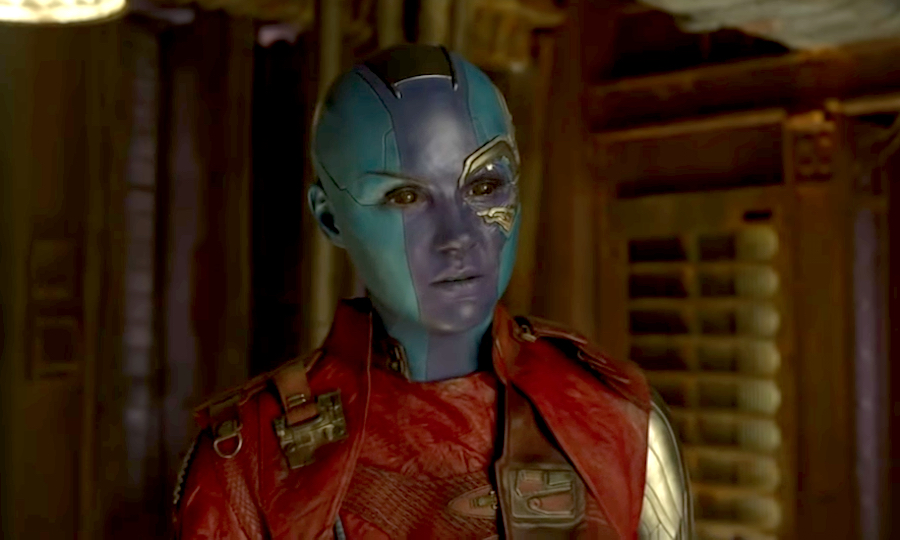 After 23 movies, the MCU’s Infinity Saga is complete. And after nearly a full year of a global pandemic almost immediately following, we finally have new Marvel content hitting our screens.

For now, all we have is "WandaVision" (take that “all we have” with a grain of salt, though, because "WandaVision" is nothing short of incredible). But more is on the way, as Thor: Love and Thunder has officially started filming. Much like Captain America: Civil War was a not-technically-an-Avengers-but-still-basically-an-Avengersmovie, Thor: Love and Thunder is shaping up to be a not-technically-a-Guardians-but-still-basically-a-Guardiansmovie.

Save forZoe Saldana’s Gamora (a notable absence, considering where we left her), each of the key players in the Guardians of the Galaxy have been confirmed to appear in Thor’s fourth installment – including Karen Gillan’s Nebula.

karen gillan saying she cut her hair to prepare for guardians of the galaxy vol. 3 pic.twitter.com/3ekenFZGqG

Yes, following the events of Avengers: Endgame, Nebula is now an official Guardian. But she could be so much more, if the MCU gave her the chance to be.

At this point, Nebula has appeared in just four MCU films. It pales in comparison to most of her super colleagues, but on the whole, is no small feat. In fact, over the course of those four films, Nebula has had the kind of journey most heroes experience over their own entire franchise. When she made her screen debut in Guardians of the Galaxy in 2014, Nebula was seemingly nothing more than a villainous sidekick. She was dispatched by her adopted father Thanos to assist Ronan the Accuser in acquiring the Power Stone and, upon learning of his plans to turn on her father, revealed she was more than willing to help destroy the Mad Titan.

This thirst for revenge against her adopted father is what drove Nebula through the entire Infinity Saga. Every move she made was a calculated step toward achieving her own endgame. As long as it led to the destruction of Thanos in any way, Nebula was essentially a villain for hire. To their credit, the writers handled this throughline masterfully. Because her search for revenge wasn’t just rooted in jealousy over Thanos’s clear favoritism of Gamora. It stemmed from the genuine pain he caused Nebula. Where Nebula could’ve just become a woman scorned, perpetually dealing with daddy issues, she was instead given depth.

In truth, Nebula was never really jealous of Gamora. She didn’t want Thanos’s love so much as she just didn’t want his wrath. What shedid want was a sister. But it takes time for us as the audience to learn this, her first truly real confession not coming until Guardians of the Galaxy Vol. 2. It takes a few empty attempts on Gamora’s life, a few team-ups with some truly unsavory characters, a lot of generally poor decisions, but little by little, the layers of Nebula are pulled back. By the end ofAvengers: Endgame, Nebula has not only reconciled with her sister (twice), but she’s joined the Avengers, helped destroy her adopted father, and come to terms with her own past self.

Of all the characters in the MCU, Nebula perhaps has the cleanest slate right now. She could do anything from here. And while it’s nice to see her settle in with a team, developing a new found family with the Guardians, it’s hard not to want more for her. With Thanos gone, and Gamora from 2014 back in the picture, Nebula has another shot at genuinely bonding with her sister (assuming this Gamora remains part of the current MCU timeline). What does life look like for the two women without a psychotic father trying to wipe out life on Earth? What kind of guidance can Nebula provide for a Gamora who wasn’t blipped but has still been thrust more than 5 years into the future?

Obviously, the banter is already top-tier.

It’s a dynamic undeniably worth exploring, and not as just a B-plot in the next Thor or Guardians films. Nebula was forced to become her own savior during her life with Thanos. With his demise, and her experience now with the Avengers, could she become a savior for the people? (Albeit probably begrudgingly, because, let’s face it, her whole personality isn’t going to change overnight). What does a Nebula striking out on her own look like now?

Obviously, she can handle herself in a sticky situation. She’s cybernetic, giving her both super strength and healing abilities. Thanks to the synaptic implant in her brain, Nebula can also process and retain information at an advanced level. There’s unlimited potential for her as a new-age hero.

We’ve fallen in love with Nebula as a secondary character; it’s time to give her a bit of the spotlight.