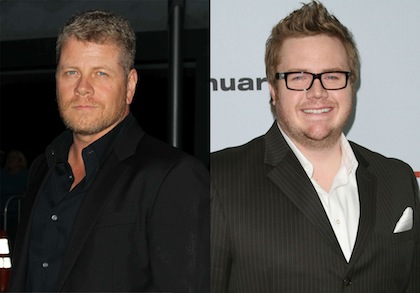 AMC’s “The Walking Dead” is about to get some more kick-ass zombie chasers. The hit TV show has cast two pivotal characters from the graphic novels by Robert Kirkman -- Josh McDermitt will star as Dr. Eugene Porter and will be joined by Michael Cudlitz as his traveling buddy.

In the graphic novels, Dr. Eugene is a former high school science teacher (insert your own “Breaking Bad” joke here) who travels with sports coach and former Army Sgt. Abraham Ford, alongside their other zombie hunter buddy Rosita. The group will eventually meet up with Rick & co., and Dr. Eugene will prove to be a valuable asset due to his superior science skills, particularly when it comes to ammunition (Walter White would be proud).

Abraham, on the other hand, has quite a sad story. He was a husband and father to a boy and a girl, only to have his own wife and daughter raped while his son was forced to watch. He eventually killed those responsible, yet his family fled from him in fear and became walkers. Poor Abraham! That plotline borderlines a Greek tragedy.

Are you excited for the new additions to “The Walking Dead"?

In the meantime, check out Cudlitz taking on a whole other type of career in our interview with him on the set of "Southland"!